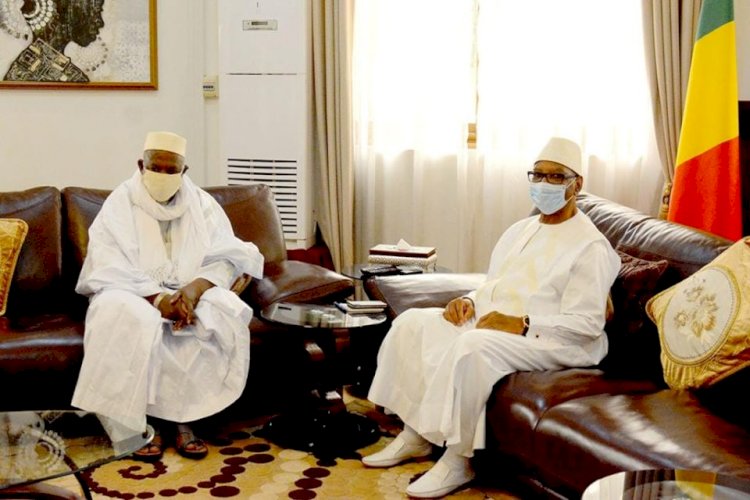 Between former President Ibrahim Boubacar Keita and Imam Mahamoud Dicko, there is only one bad memory.  After contributing to the forced resignation of the former tenant of Koulouba, Dicko reportedly attempted to visit him at his home after his return from Abu Dhabi where he had visited for treatment.  Something that IBK did not want according to "the Witness Journal" in its issue on Monday.

Clearly, the current no longer passes between ex-president Ibrahim Boubacar Keita and Imam Mahamoud Dicko, the leader of the M5-RFP, the movement which contested the former tenant of Koulouba until his resignation.  This situation can be explained by IBK's refusal to receive Imam Dicko, who would like to turn the page by visiting him after his return from Abu Dhabi.  This attitude of former President Ibrahim Boubacar Keita is sufficient proof of his desire not to renew the friendship that had bound him to his younger brother Dicko for some time.

However, the new Mali that is coming, necessarily rests on the union of hearts.  With this in mind, many observers believe, the former president must pull himself together and accept the outstretched hand of Imam Dicko.  This will open a new page in the history of our country, which has always been distinguished around the world by the forgiveness between its sons and daughters.