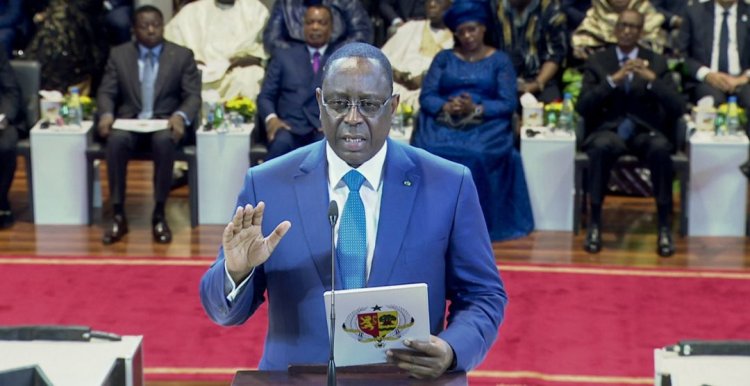 Senegalese President, Macky Sall who is the current chair of the African Union (AU) has urged Germany to maintain its presence in the Sahel region, especially Mali against the growing campaign by Mali to oust foreign troops from the country.

The president made this controversial call following a military reception of the German President, Frank-Walter Steinmeier in Senegal’s capital, Dakar.

“Mali cannot be abandoned. You must maintain your presence in the Sahel. Africa needs it; we need European forces” Sall said as the German President in return claimed “new impetus to the long-standing close partnership between Germany and Senegal.”

His call has triggered concerns from Mali as residents of Bamako refutes the position, saying “We did not ask him to speak on our behalf; Mali can handle its own affairs.” Apart from the Malians, Sall has angered many political thinkers who condemned the neocolonial impression in his statement.

“In essence, what Sall is saying is that, Africa cannot defend itself and presence of European forces is needed to maintain peace in region,” a comment reads.

Prior to the visitation by the German president, Macky Sall who has maintained the post-colonial relationship his predecessors had with France spoke to EU partners during last week’s AU-EU summit in Brussel where commitments were made for the engagement of the EU in the Sahel.

Currently, Macky Sall has lost popularity among Senegalese as his party recently suffered a humiliating defeat in the country’s local government election.

Mali’s military administration says it has taken measures to be in control of the country’s future through self-reliance. Following this decision, the country has implored tough measures in dealing with the engagement of foreign forces, especially France which they have recently asked to “withdraw without delay.”

INSURGENCY IN THE SAHEL: The insurgency in the Sahel for which the EU’s deployments are being made began in 2012 right after the elimination of Muammar Gadhafi when armed groups started swamping down south to countries like Mali, Niger, Burkina Faso, Chad