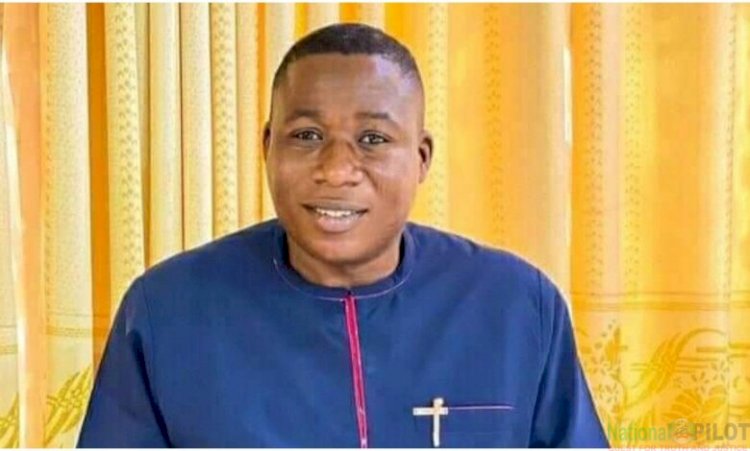 By Ahmed Ajikobi
Following the arrest of Sunday Adeyemo, popularly known as Sunday Igboho, in Benin Republic by security operatives in that country after several attempts by operatives of Nigeria to arrest failed, the Seriki Fulani Igangan, Solihu Abdulqadir, has reacted to the issue saying that government should do the needful thing on the matter.
Abdulqadir who was reacting to the arrest on a telephone interview with our reporter last night that, Sunday Igboho needs to be transferred down to Nigeria since all this offences took place Nigeria particularly Igangan, Oyo State.

“Those that saddled him with responsibility of destruction and killing of people will also learn from the consequences of their actions. Sunday claimed that the people of Igangan called him to come and attack Fulani pet in that community. “Seriki Fulani disclosed, “we believe that Yoruba elders know about Sunday Igboho’s move because they suppose they supposed to caution him but they did not.”
He further said that he had been living in Igangan for the past 50 years, adding that the allegations leveled against him were false.
“Without proper investigation I was given seven days ultimatum. My house and other members houses were destroyed.
“Igboho failed to follow Nigeria constitution. Apart from attacking us at Igangan, they later killed a lot of people who had no access to media to report their ordeals.
“What he did was genocide. All South West governors, traditional rulers among others took the matter with levity.
“Igboho’s trial should be done in Nigeria since all crimes he committed were in Ogun, Oyo and Ondo.”

According to him, “all the kidnappers are Igangan indigenes. I have spent 50 years in Igangan, I always support all the security operatives in fighting crime and criminalities.”