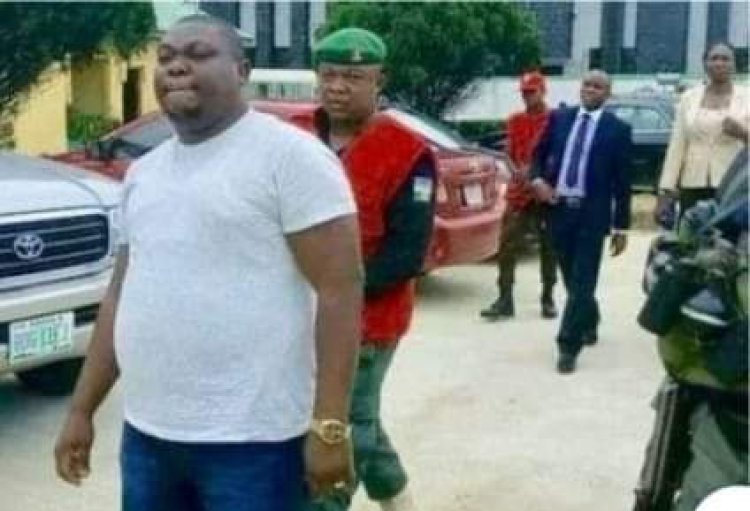 George Turnah, the godson of former President Goodluck Jonathan, has been jailed for four years by the Federal High Court sitting in Port Harcourt, Rivers State.

Turnah, who was prosecuted by the Port Harcourt’s Zonal Command of the Economic and Financial Crimes Commission (EFCC), between 2017 and 2022, for obtaining money by false pretence, money laundering and abuse of office, was jailed for failure to make full disclosure of  his assets in his disclosure to the EFCC.

A statement signed by the Head, Media and Publicity, EFCC, Wilson Uwujaren, said Turnah was arraigned, together with his wife, Jennifer Tinipre Turnah,  on four- count amended charges.

Turnah, who is also an aide to the governor of Bayelsa State, Senator Douye Diri, was found guilty of failing to disclose his interest as a director and majority shareholder of Ashford Consult and Events Nig. Ltd in the Asset Declaration Form he filled at EFCC.

Justice Mohammed found him guilty on counts one and three  bordering on non-disclosure of assets, but discharged Jennifer on counts two and four on the grounds that the amended charge was not served on her properly in line with the law.

Turnah was sentenced to two years each on counts one and three for failure to make full disclosure of assets.

Turnah and his wife, Jennifer were first arraigned on   May 16,  2018 and re-arraigned on June 18,  2019 by the EFCC on four count charges bordering on failure to make full disclosure of assets and they pleaded “not guilty”.

PMB Returns To Nigeria After Condolence Trip To UAE