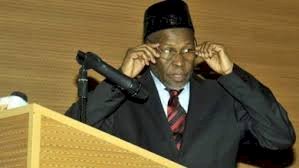 The secretariat of the Edo State Governorship Election Petitions Tribunal has opened to receive petitions arising from the September 19 , 2020 governorship poll in the state .

A statement by the Secretary of the tribunal, Mr . Sunday Martins, on Tuesday, stated that the High Court Complex in Benin , the Edo State capital , had been designated as the venue of the exercise .

The statement read , “ The general public is hereby put on notice that the Honourable President of Court of Appeal of Nigeria Hon . Justice M . B Dongban Mensem has established the Election Petition Tribunal Secretariat and accordingly constituted a panel in respect of the Governorship Election conducted in Edo State .

“ The Honorable Chief Judge of the State -Hon . Justice E . A . Edigin has graciously approved the use of High Court Complex ( Election Petition Court Hall ) , Sapele Road , Benin City for the Tribunal Exercise. The Secretariat is now open . ”

Aggrieved candidates and political parties who were dissatisfied with the outcome of Saturday’ s election have 21 days to file their petition at the tribunal’ s secretariat in Benin from when the results of the poll were announced on Sunday.

It will be recalled that the Independent National Electoral Commission had on Sunday declared Governor Godwin Obaseki of the Peoples Democratic Party as the winner of the election for his second term in office , defeating Pastor Osagie Ize – Iyamu of the All Progressives Congress , and 12 others in the keenly contested poll .

The President of the Court of Appeal, Justice Monica Dongban – Mensem, had in line with her statutory powers , constituted judges to serve on the election petition tribunals for the governorship elections in Edo State

governorship election and the forthcoming governorship poll in Ondo State , as well as other legislative elections in different parts of the country.

Ahead of the polls , the Chief Justice of Nigeria, Justice Tanko Muhammad , had on September 10 , 2020 , sworn in 85 judges to serve on the tribunals to adjudicate on disputes arising from the polls .