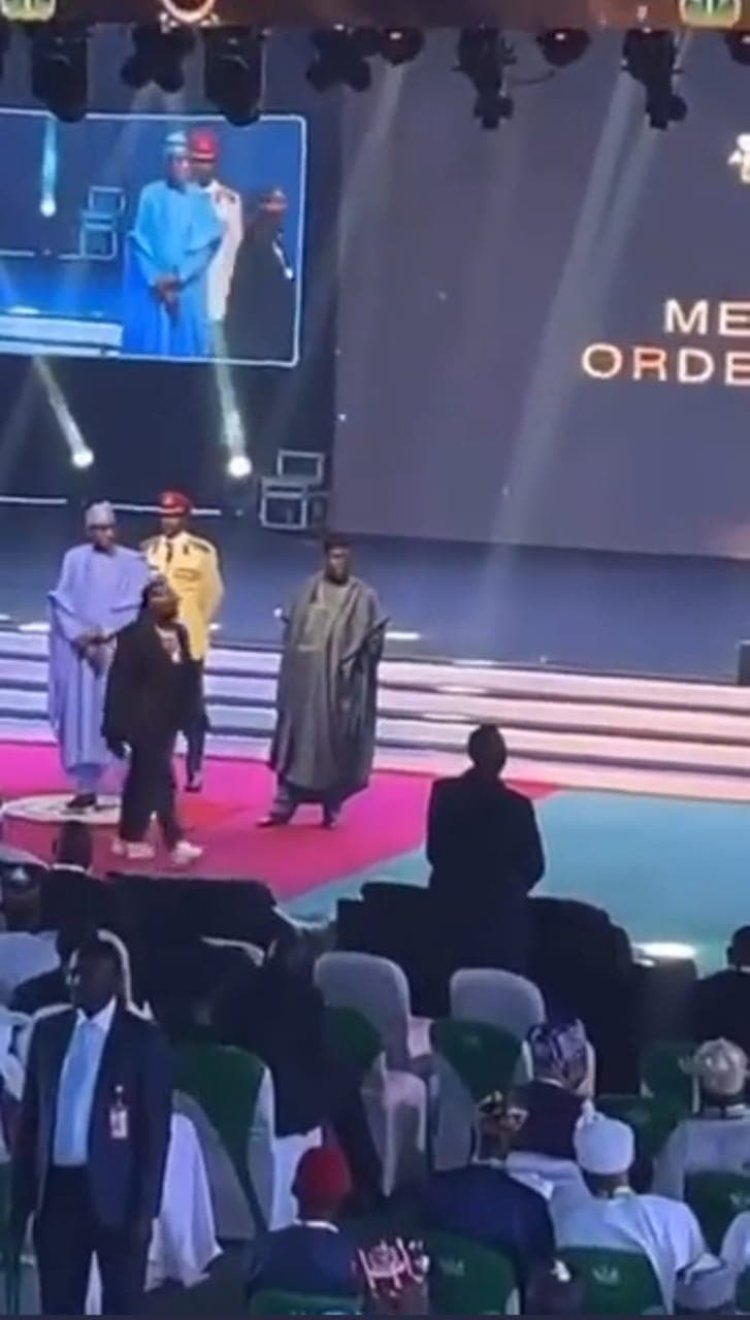 In a video which has now gone viral, Teni was seen walking away after receiving the award from the President.

Her action has attracted mixed reactions on Twitter. Below are some of such tweets:

@ZeekiHodi said: “If you’re not happy with the way Teni received the award from Buhari go to her house and collect the award back.”

@Allezani: “Teni did what most of your so called celebrities had no guts to do. Nigerian youths has constantly received disrespect and abuse from the Nigeria government. What does APC blind bats mean that she disrespected the President, I thought they say Respect is reciprocal?”

@anthonystilldey: “Na respect be una problem for this country? Teni even nice, if na me I go deck Buhari before I leave there.”

@Omokiitan: “How Does Teni ignoring Bubu Reduce The Suffering & Hunger In Town? Does Bubu Look Like Person Wey Send her papa? Both of them Should Gettat abeg.”

@AsiwajuLerry: “Even Buhari himself no complain say Teni disrespect am, una too like to dey find fault in everything.”

@maryochekuw_: “What Teni did to Mr President was very disrespectful. No matter what he is the president, that show of shame is so unnecessary, she just proved that she is badly raised, or the morals her parent inculcated in her holds no water.”

“@Qdpaper2: “The National award Teni won at a young age is bigger than the Grammys but Teni not kneeling or bending to show respect for President Buhari shows she has lost the yoruba culture in her.”

@asktja: “If any other person from another tribe did that I won’t worry so much but to say a Yoruba girl did it is really telling.”

@DavidsOffor: “Teni is a product of bad parenting!!!”