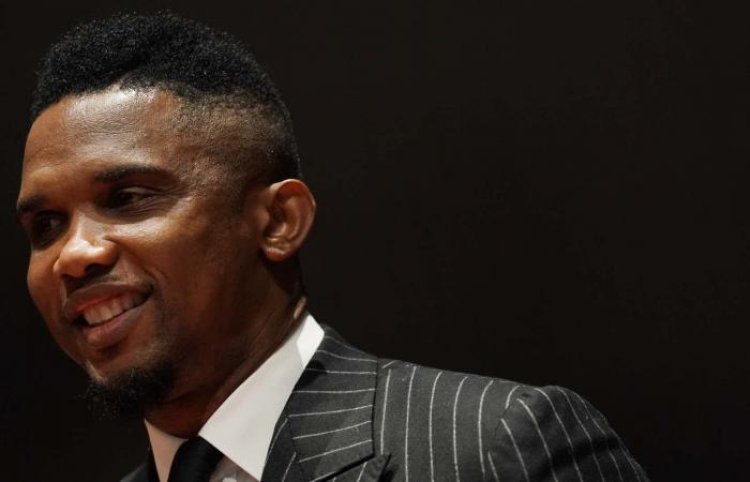 Former Cameroonian Star and four times African Player of the year, Samuel Eto’o has been elected President of the Cameroonian Football Federation. According to the electoral provision, he will manage the affairs of the Federation for the next four years.

The 40-year-old former Barcelona and Chelsea striker emerged winner after beating Seidou Mbombo Njoya who is the fourth vice-president at the Confederation of African Football.

The football legend initiated a rigorous campaign which worked out the magic. He revealed his intentions to prioritize the needs of sector players. “We have to bring footballers to the centre of our policies,” he said, adding that, “It is our role to ensure that those who play this discipline make a decent living out of it.”

Prior to the poll, Eto’o told reporters that, his decision to contest was born out of love for his country. “After careful considerations, I have decided to take this initiative out of love for Cameroon and passion for our football,” Eto’o said before the election.

He added that, “It is time to rebuild our football. We can no longer delay the revamping of our number one sport because the rest of the world is moving on; it is progressing without us.” He added.

Samuel Eto’o shot to fame in the year 2000 after his impressive performance with the Cameroonian football team during the African Cup of Nations. The same year, Eto’o proceeded to lead his team to defeat Spain at the Olympic Games to win the first Olympic gold medal in the history of Cameroon. He won African Player of the Year in the years 2003, 2004, 2005, and 2010.

My relationship with Gangstarr goes back to the their first LP. I use to visit them...