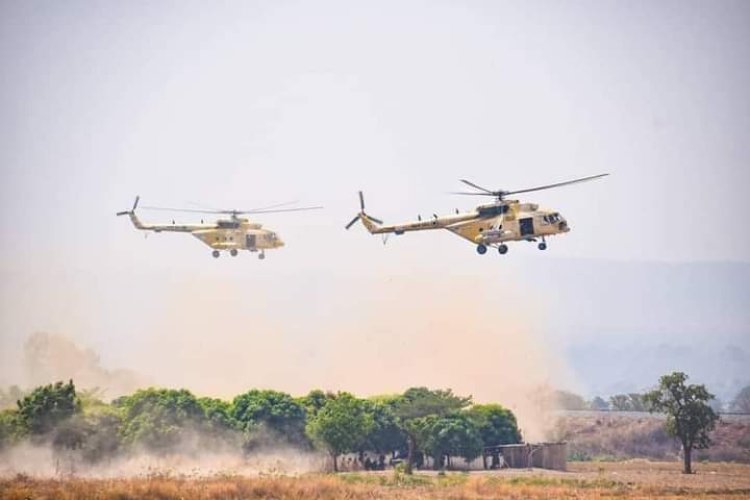 About 24 ISWAP fighters including top-ranking Commanders have been killed while attempting to attack a military convoy at Ngamdu axis on Wednesday evening.

PRNigeria gathered that among the ISWAP high-ranking Commanders who were eliminated in foiled attempts to attack the military convoy and Forward Operating Base, FOB, included Yaya Ebraheem, Baba Chattimari and Abu Adam Oubaida.

A top military intelligence officer told PRNigeria that while the convoy of ground troops engaged the ISWAP fighters in a firefight, the air component from the Nigerian Air Force, NAF, arrived at the scene and bombarded the locations of the terrorists.

The source said, “A military convoy was moving between Damaturu to Maiduguri when it got intelligence of impending attacks on a FOB at Ngamdu axis. The convoy quickly made a U-turn to reinforce the base after sending signals for air cover.

“En route to Ngamdu, the military convoy encountered ISWAP fighters and engaged them. A firefight ensued before the sudden arrival of fighter jets that shelled the enemies’ locations. Many of the terrorists were killed.

“The well-coordinated operation of the Nigerian Army and Air Task Force with the support of intelligence components in the swift response is highly commendable,” said the source.

On Tuesday, PRNigeria reported how NAF fighter helicopters, with the support of ground troops, repelled a terrorist attack launched at a military base in Ngamdu by ISWAP insurgents.

However, four soldiers paid the supreme price, while an officer who sustained serious injuries while engaging the terrorists, is fast recuperating from a military health facility.

Ngamdu is a border town between Yobe and Borno States.