ATTACK ON IMO GOVERNOR'S HOME: THE HYPOCRISY BEHIND THE CONSPIRACY 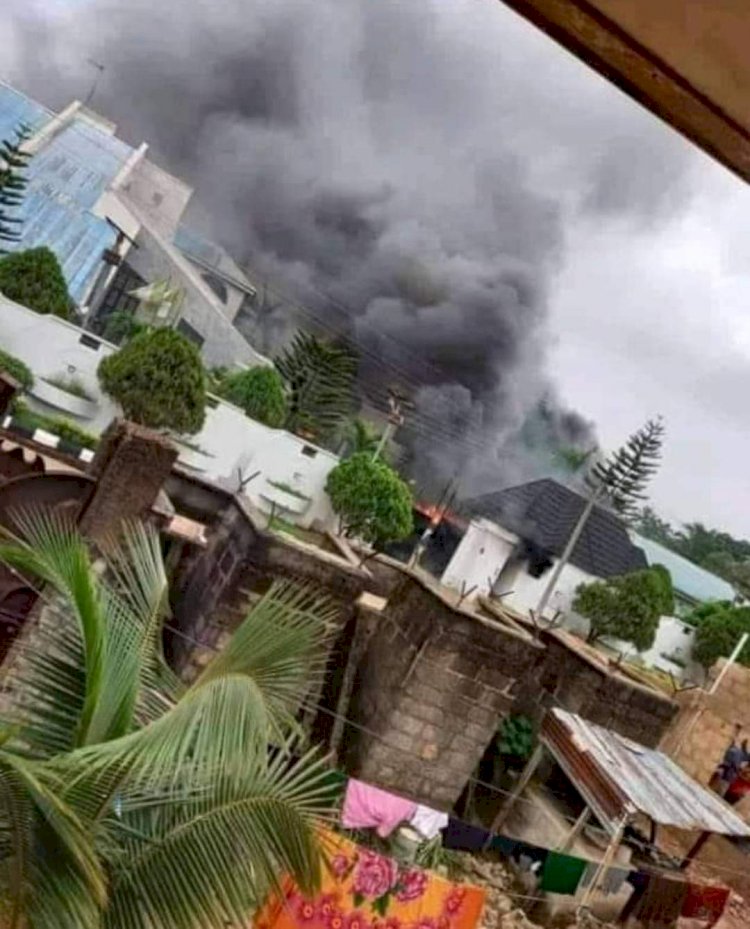 I was sadly alerted by the press statement of Hon Declan Emelumba, the Commissioner for information and strategy, Imo State, viz:

“Gallant security operatives this morning repelled an attack on the  Omuma country home of the governor of Imo State, Sen Hope Uzodimma. At about 9am today, Saturday, April 24th,  a group of hoodlums numbering about 15 driving in a motorcade of three vehicles accompanied by a tipper loaded with used tyres,  stormed the country home of the governor in Omuma,  Oru East  LGA and attempted to burn down the house.
However, vigilant security operatives attached to the Governor’s house successfully repelled the attack and consequently minimised the damage they had planned to unleash. In the cross fire that ensued a few casualties were recorded.  Preliminary investigation suggests that the foiled attack may have been politically sponsored. The government has directed the relevant security agencies to expedite investigation on the incident and promptly apprehend  the sponsors and their agents and bring them to justice.”

Considering the fact that similar attempt was made to torch the state’s government house by the same forces of roughnecks and gangsters a few weeks back, no one with conscience can escape the feel of being despondent, doleful or even downcast.

Looking at the frequency of such attacks, the targets and regular rumbles, you need not be a soothsayer to predict a secret plan by some people to do something harmful to those who believe in one Nigeria.

Only last night, I watched the bewildered Governor Uzodinma on TV, addressing the press after a brief visit to President Muhammadu Buhari at the villa, wondering where exactly lies the problem with some Nigerians.

The Governor lamented the unrighteous and insatiable appetite, or wicked desire of some Nigerians for things that are mere vanity. He gave kudos to the Buhari regime for it’s efforts at taking the country out of the woods. But still, in spite of all that was done and still being done, the preponderance of ingratitude is only on the increase, as some continue to show hostility and lack of proper appreciation, or thanks to the government.

With such remarks, you need not be a soothsayer to predict the coming of what happened today, by those engaged in secret plans to do something harmful to those that want a united Nigeria.

The story is similar in Kaduna, where Governor El-Rufai’s defiance and refusal to succumb to blackmail is being tested by the bandits. Katsina state, the home state of the President is not speared either. In fact, it's now the most precarious. Unless something miraculous comes quick, the state is dangerously likely to collapse due to insecurity, or fall into the hands of the subversives.

Certainly there is a conspiracy in the pipeline, by begrudged politicians, who have either lost out in the power game, or are being deceived by the illusion of having higher social standards in the society, but the reality is revealing the reverse.

In Imo, it may be recalled, shortly after the combined attacks on the state’s police command, the correctional centre and the abortive attempt at the government house, Governor Hope spoke to the press, and directly accused some people of hiding behind IPOB to cause the mayhem:

“Their tactics is that they try to identify grievances of people in a particular area. If it is in Imo State and probably there are some IPOB people who are not happy, they hire hoodlums from outside Imo State, they bring them in pretending to be IPOB and they commit these crimes and they go away."

The time has arrived for all to team up and support the position of the Governor of Ebonyi State, Chief David Umahi, who seems outraged by the incessant attacks, particularly on police formations and security outfits in the region.

“We condemn totally the killing of police men and police stations in the south east. They are not being done by herdsmen. They are done by people across the South east. Bandits and criminal. And my directive to the policeman is, if you see anybody coming to kill you, demobilize the person. That’s the rule of engagement. Police people should not fold their habds.”-GovernorUmahi.

The federal government should be ready for conviction by posterity, because of it’s unhurried approach, or even lackadaisical tactics in handling this emerging threat and trend of insecurity.

There is no logic in refusing to go forcefully kinetic, on a people that have long dismissed diplomacy as a tool of negotiation. Like Governor Hope rightly observed, “It is important for Nigerians to know that there is a plot by a group of aggrieved politicians to destabilise the government of APC.”

In the light of what is happening all over the country, including the relentless attacks on sensitive political office holders, Governor Hope and I seem to be perusing through the same prism. And the government cannot win the war, if it keeps playing the laggard, leisurely and the security late and lazy leader.