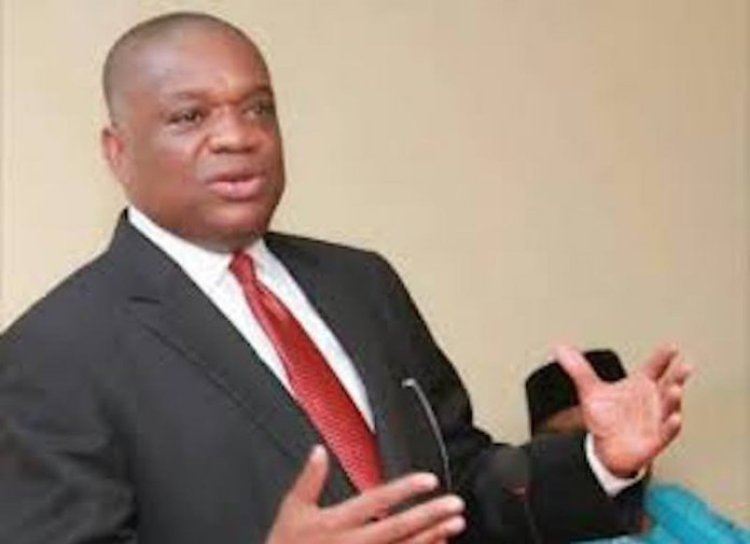 With the emergence of Atiku, a Northerner, the former Abia State governor said it is no longer possible for the ruling party to elect a Southerner as its flagbearer, adding that such a move would spell defeat.

Atiku Abubakar emerged the Presidential candidate of the PDP for the 2023 general election on Saturday.

Atiku clinched the much coveted ticket during the presidential primary of the main opposition party held in Abuja, the nation’s capital.

Atiku, who was the party’s presidential candidate in 2019 and was defeated by President Muhammadu Buhari, polled a total of 371 votes to defeat his closest challenger, Governor Nyesom Wike of Rivers State who garnered 237 votes.

Kalu, who has since thrown his weight behind Senate President, Ahmed Lawan for 2023 presidency, said that Buhari must pick a candidate from North-East or watch APC become an opposition party after 2023.

“Congratulations to the PDP for electing a North Easterner. Nigerians must have seen what I saw yesterday,” Kalu said in a statement.

“For our party the APC, it is no longer feasible to talk about Southern candidates except the APC want to go on political retirement.

“I urge the National Chairman of the party and the entire NWC to stamp their feet and zone APC presidential ticket to the North-East.

“President Muhammad Buhari has a right to choose his successor and I call on him to pick Senator Ahmad Lawan as his successor. In every democratic setting, presidents and Governors support and pick their successors.

“I call on President Buhari to pick a successor from the North East and that will be the equity the South East needs. With the North-East, the cycle will be closest to completion of regions producing the president of Nigeria.

“By now, all APC aspirants should drop their ambition and support a North Easterner. Senator Ahmad Lawan is the destination.

BREAKING: ‘You Will Suffer’ —Wike Blasts Southern Govs For Betraying Him For Atiku

UFDG and its allies call for protests on the eve and day...