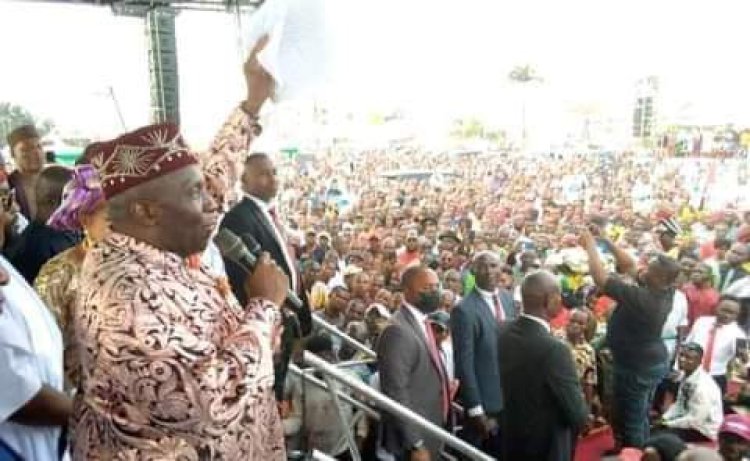 John Akpanudoedehe, former national secretary of the All Progressives Congress (APC) caretaker committee, has declared his intention to contest the governorship of Akwa Ibom.

Akpanudoedehe formally announced his intention on Saturday at an APC political gathering in Uyo, the Akwa Ibom capital.

Speaking at the event, the former senator said God has given him a “special gift” to take the people of Akwa Ibom out of poverty.

He added that if elected, he will give N1 million grant to 1,000 people in each LGA of the state.

“Before I say any other thing, I want to accept your call. I hereby declare to run for the governor of Akwa Ibom state,” he said.

“We have been in this party for a long time and we have suffered. We have been battered with lies. They have said all sorts of things.

“But you have been my hope — Akwa Ibom people. You have sustained me because I know you are suffering. God has given me a special gift. That special gift is how to deliver you out of poverty.

Advertisement
“Therefore, a special vehicle to take you away from poverty, I want to mention them. For instance, we are going to give a grant of N1 million to 1,000 people per LGA for you to prosper, train and upgrade.”

From 1999 to 2003, Akpanudoedehe represented Akwa Ibom north-east senatorial district on the platform of the Peoples Democratic Party (PDP).