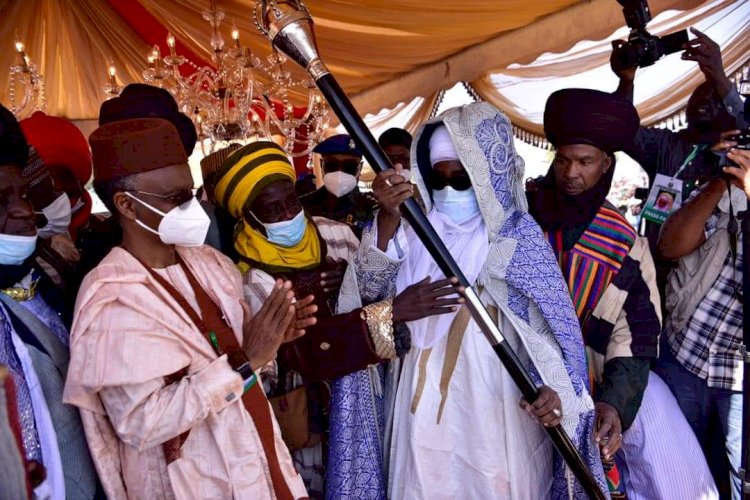 Governor Nasir El-Rufai of Kaduna State has disclosed that the appointment of Amb. Ahmed Nuhu Bamalli as the new Emir of Zazzau was hinged on the 9 leadership qualities an emir should possess, in line with the tradition of the Sokoto Caliphate.

Speaking during the official installation and presentation of Staff of Office to Mr Bamalli on Monday in Zaria, Governor El-Rufai listed the qualities as wisdom, learning, clemency, generosity, kindness, righteousness, patience and leniency.

According to him, Mr Bamalli did not only possess these qualities, his “unblemished career” in both public and private sectors are things of pride to the emirate and the state at large.

While congratulating the emir on behalf of the state government and the people of Kaduna, Mr El-Rufai urged Mr Bamalli to use his experiences garnered both the public and private sectors in running the affairs of the emirate.

The governor also enjoined the emir to continue on the path already laid by his predecessors, while urging him to carry along all the Ruling Houses.

He acknowledged that the emir succeeded his grandfather of the Mallawa Dynasty, Alu dan Sidi, 100 years later after he was deposed by the western colonial masters.

He, therefore, called on the people of the state and the country at large to support him in disposing of his duties, while urging the emir to consider expanding the roles of the kingmakers in the emirate.