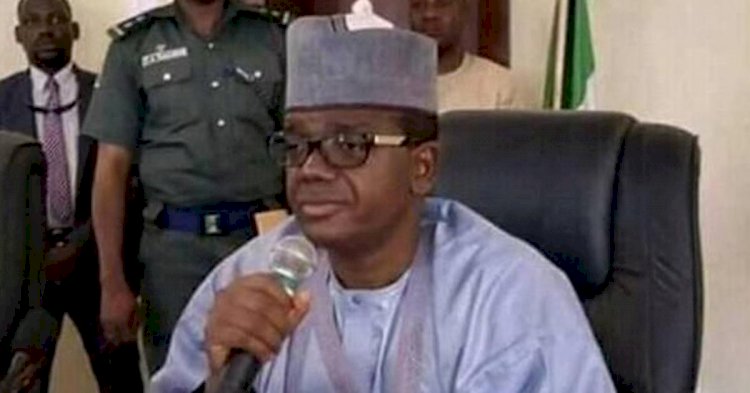 Zamfara State Government has formed and inaugurated twin Task Forces for the control and prevention of Codvid-19 and its impact and relief in the state.

Governor Matawalle charged members of the two task force committees to be diligent, thorough and committed to ensure that the state remains free from the scourge currently rearing its ugly head into the country as well as ease lives.

The control and prevention Committee has as its terms of reference to sensitise and enlighten the general public on the nature of the disease and how to avoid it.

It is also tasked with the responsibility of collaborating with similar groups and agencies in the fight against the disease in the country and advise the government on humanitarian assistance to reduce the effects of self isolation in households.

The committee has 16 members with the Speaker of the State House of Assembly, Hon. Nasiru Muazu Magarya as Chairman and Permanent Secretary, Ministry of Health as Secretary.

Similarly, the Committee on impact and relief is tasked with the responsibility of identifying current local and global economic impact and the magnanimity of the pandemic.

Other tasks of the committee include design and implementation of necessary measures of mitigating the negative economic impact of the pandemic in the state.

It is also to study and identify critical areas of successful implementation of the 2020 Fiscal document in line with the present realities globally, the country and in the state.

The Committee has eleven members with the Deputy Governor, Barrister Mahdi Aliyu Gusau as the Chairman and Permanent Secretary, Cabinet Affairs as the Secretary.