Without Adequate Weapons, We Remain At The Mercy Of Terrorists – Lai Mohammed 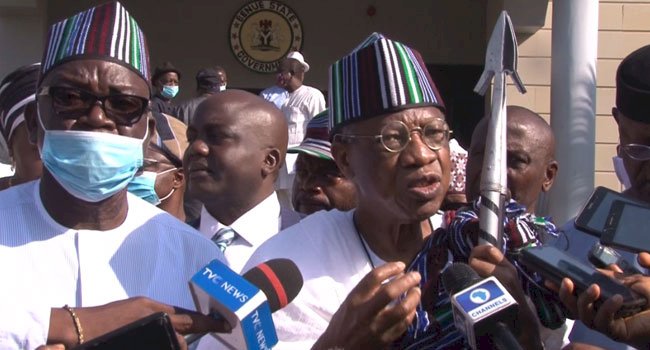 The Minister of Information, Culture and Tourism, Lai Mohammed on Monday reacted to issues of insecurity and the latest killing of farmers in Borno State by calling for more global support and adequate weapons.

He said terrorism is a global issue and the Federal Government needs global support to combat it. He added that the nation has been denied this support and without adequate weapons, the nation will remain at the mercy of terrorists.

“Terrorism is a global issue and there is no part of the world that is not experiencing these pockets of terrorism. I am glad that you heard from the governor himself that the Federal Government has assisted a lot in curbing the insecurity in Benue State.

“We also need more support from global partners. For instance, Nigeria has made attempt to acquire better and more effective platforms to deal with terrorists. But for one reason or the other, we have been denied these weapons. And without adequate platforms and weapons we remain at the mercy of terrorists,” the Minister said.

Lai Mohammed made this reaction while speaking with journalists in Maiduguri, Benue State capital after a meeting with the State Governor Samuel Ortom for a scheduled event of the official handing over of the Nigerian Institute of Hospitality and Tourism. 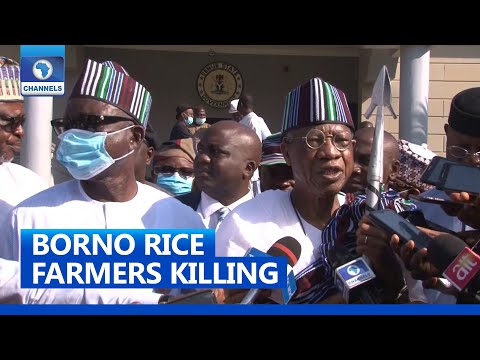 He lamented that the insurgent attack in Zabarmari, Jere Local Government Area of Borno State which led to the death of 43 farmers is unfortunate and the Federal Government is doing all possible to eliminate the insurgents.

“What happened in Borno State was quite unfortunate but we must also be able to look at the strategy of the terrorists. Terrorists use media and publicity as oxygen.

“When they go on the mindless killing of innocent people, it is like a dying terrorist group which suddenly spring back to life. This doesn’t mean that the Federal Government is not doing well enough,” Mohammed added. 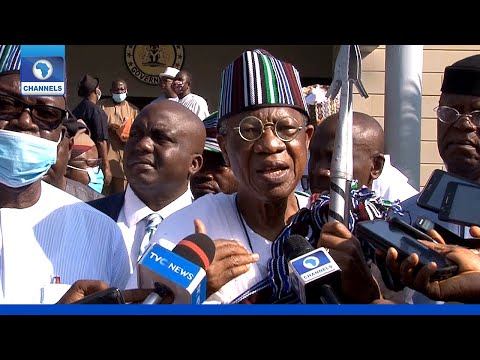 43 farmers were killed on Saturday morning around Marrabati and Hammayya villages, near Zabarmari in Jere Local Government Area of Borno State by Boko Haram terrorists.

The farmers were waylaid on their way to their rice farms which they were harvesting before the surprise attack happened.

Some other farmers were also taken away by the insurgents.