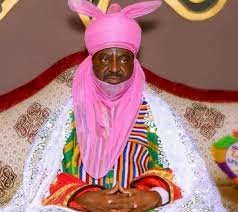 Governor Abdullahi Umar Ganduje of Kano state has approved the appointment of Alhaji Aminu Ado Bayero as the 15th Emir of Kano.

This came some few hours after the dethronement of Emir Muhammad Sanusi II.

Aminu, a Mass Communication graduate of Bayero University, Kano, was first appointed as district head of Nasarawa in 1990 by his late father. He was named the emir of Bichi in 2019 after Kano State governor Umaru Ganduje divided the Kano Emirate into four.

Before being named the emir of Bichi, Aminu Ado Bayero was named district head of Nassarawa and Dan Majen Kano in 1990 by his late father Ado Bayero.

He was later promoted to Dan Buran Kano and then named Turakin Kano.

While many critics said the Kano State governor balkanized the emirate because he wanted to get at Sanusi, Aminu Ado Bayero said that the division of the Kano Emirate into four was necessary. He, however, said he would have loved the emirate to remain as one.

“I didn’t wish anything to divide the Kano emirate but time has brought about change and new developments, which we all need to accept in good faith,” Ado Bayero said at a press conference on May 17.

“We pray that the new development will be to the betterment of the people of Kano and the society in general. And my ultimate prayers are for peace to reign in Kano.”