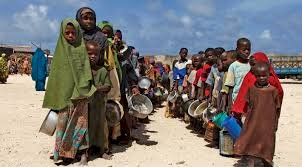 I will start my contribution without using nor the tongue of wood less by keeping my tongue in my pocket. And since I, as a citizen, have the right to speak if not to speak freely,

I will challenge and incriminate Nations, powers and men who, on this planet, are silent and observe their fellow men: men, women and children perish, disappear and die. Like rats, far from their homeland sometimes in search of the untraceable.

This El Dorado which, in fact, is only an illusion and a reverberation. Yet very relevant questions arise for all of us. Why have our African states that have been independent for more than 50 years, even 60 or more, still lagged behind?

We will end up supporting these titles like “black Africa is badly started, badly governed, hungry, miserable sometimes even savages” and what do I know others? Titles of the writings of the mafia and nostalgic settlers of an era which is yet over, and this, in contrast to the book of this great French journalist, Editorialist at Le Monde Diplomatique, Anne Cécile ROBERT: “Africa to the aid of the West” or our friend

Antoine GLASER who has written and published a lot on Africa as well. We will retain one: “Arrogant like a Frenchman in Africa” ​​published in 2016 at Fayard in Paris.

Writings that often throw our continent into the pasture or for some who find that despite everything, we are the Continent of the Future. Despite those who say that we are lagging behind and that we do not know where to go or squarely in the wall.

If nothing is going well or everything is not right, it is because there is cause and effect. It must be said that there is no smoke without fire and in this specific case, we must also recognize that there are on the one hand, the States which have not been properly managed because of so many laxity. These scourges are called: corruption, busyness, tricks that lead to injustice.

And on the other of the peoples and especially the intelligentsia Otherwise, how can we understand and admit for a single instant that in a state of law,

where we are told that the sovereign people are the holders of power, that citizens suffer constantly ? How can we accept that in 2O20 that men and women as well as children take death routes for a journey without return?

A leap into the unknown. Let’s be serious because everyone would never have thought or dared to leave their parents and the countries so loved and which represent for them everything on this earth. How to understand that the one who stays for 3 days without eating revolts against the one who takes these 3 meals a day? Why do those responsible for looking after the grain so that justice be done cross their arms in the face of such drama? Why and always why should our African peoples suffer when they elect leaders and are governed like other peoples? But,

while it is true that the rulers are not magicians or acrobats, the fact remains that they have been entrusted with a mandate or mandates to direct and manage correctly and above all humanly their electorate or all just the people. This responsibility, we also share it us politicians, leaders of the Majority of the Opposition and intellectuals through the mandates that we grant to our elected officials to manage in our place, for 5 years, 1O years and more sometimes. Yes, we share because after the electoral consultations, it’s the race to find posts and we never attract attention or clearly express our points of view against acts of bad governance or drift.

But, it is true that I will be retorted that power intoxicates and that it is like a millet gourd that we refuse to hand over to the next unless we shake your hands . It may well be, but in a community or group of people, not to say across a country, many people are lucid and intelligent to refuse to accept being led into the wall. And they manifest it often if not regularly.

Besides, it is said that a nostalgic peasant of the colonial administration would have said “When will independence end? “Such a thought would have made people smile, but he had compared the colonial period to that of independence and what recalls the adage which says that

” he who remembered last year did not take advantage of this year These two reflections must challenge us because we also said that once the elections were over, some citizens said that “the people will suffer and that the elected officials will touch”

All these sentences reflect a state of dissatisfaction and that he it would be good for us to be attentive to the management of our common heritage. During electoral periods, the Presiding candidates or candidate Presidents should use their own means to carry out their electoral campaigns as do other independent candidates or other candidates But as the other says in countries where the inventory of fixtures at each change of Most constitutions are trivialized, let’s understand how can we comply with this requirement? And yet during the National Sovereign Conference in Niger,

which lasted 3 months and 3 days, we demanded that the inventory be a prerequisite for taking office. As was required of all civil servants during colonization and at the start of independence.

And besides in each office it was displayed the list of equipment, So the day of the handover everything was checked by the one who makes this handover between the two And beware of the one who has lost a chair from the desk or even a rule Reimbursement was done automatically This culture quickly gave way to a certain unhealthy practice since the bad example naturally comes sometimes from above And no one wants or can no longer hear about these good dies If we want to democratize our institutions, we must comply with it in accordance with this inventory and the proper management of property belonging to the State. My contribution is also for the teacher.

I take this opportunity to bounce back on this function which is one of the backbones of our development. Indeed, to teach is to carry out an integral sacrifice, a gift of self by imparting knowledge to open up a secure future for the child. Besides, at other times, the teacher had full rights over the student. Because the one who gives knowledge offers the best.

This is why we think that the State can at the level of the Ministry of Education create the conditions of literacy for the benefit of adults. What is called “Adult courses” dispensed during colonization and at the beginning of our independence and which reduced illiteracy by organizing evening classes, at least twice a month or two weeks.

Many adults and fathers of families could also take advantage of this right vested in any citizen And those who perform their service civic could do this in the name of National Solidarity. In all of this, the diaspora also does not fold its arms because it regularly participates in the construction and development of our states. And for good reason it is very active because it represents a very large community that honors us and of which we are proud.

A track to explore and the ancients will not contradict me if we want to give each and everyone a chance to get involved in national construction and its vital and viable sustainable development.

I take advantage of this blessed month of Ramadan to wish all Muslims in the world a good time of solidarity of cohesion of sharing, forgiveness of love and joy I dedicate my prayers and my thoughts to our brave SDS who sacrifice themselves day and night to ensure our security and protect our property I also pray to God that he will protect us against this covid 19 pandemic which kills without mercy.