We'll cooperate with military to wipe out bandits - Miyetti Allah 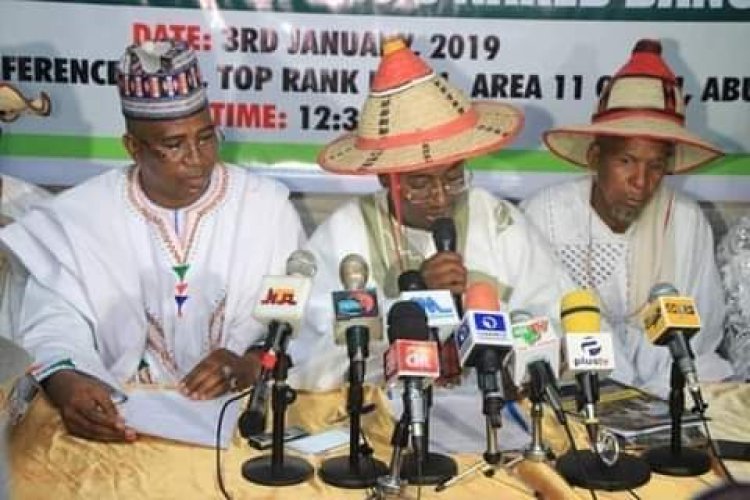 THE Miyetti Allah Cattle Breeders Association of Nigeria (MACBAN) has assured the military of its support in its quest to rid the nation of bandits and other criminal elements.

The group made this known in a communiqué issued recently at the end of a one-day meeting of its National Executive Council (NEC) in Abuja.

The MACBAN also called on the Federal Government to consider the revitalisation and expansion of the over five million hectares of abandoned grazing reserves across Northern states of the country.

This, they said would minimise the constant movement of pastoralists and set the pace for creation of ranches in the future.

It also expressed worry over “the mass migration of nearly 30 per cent of the Nigerian pastoralists to neighbouring countries.”

The communiqué which was signed by the association’s National Secretary, Baba Usman Ngelzarma, reads partly: “MACBAN leadership laments that despite the legitimacy of pastoralists business and its economic benefits to Nigeria, and in spite of the clear provisions of the Nigeria constitution which guarantee the fundamental rights of all citizens, to among other things, the right to life, dignity, personal liberty, freedom of movement, freedom to reside in any part of Nigeria, the Fulani pastoralists have remained largely excluded from enjoying these rights as enjoyed by other fellow Nigerians.

“MACBAN congratulated the military for the successes it is achieving in dealing with bandits and other criminal elements in the North West, and assures its full cooperation in dealing with all forms of criminality, and urges members to try as much as possible to expose the bad elements among them since they are the biggest victims of all the criminality being perpetrated by terrorists, bandits, rustlers and kidnappers.”