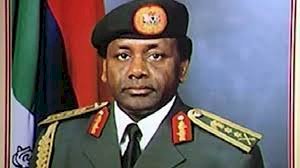 The United States thursday warned the federal government to be prepared to “replace” the $308 million to be repatriated from funds looted by a former military ruler, the late General Sani Abacha, if it failed to expend the cash on public projects agreed upon.

The United States and the British Dependency Island of Jersey had agreed with Nigeria in February to return $308 million that Abacha, who died in 1998, had stashed in their banks.

The Attorney-General General of the Federation (AGF) and Minister of Justice, Mr. Abubakar Malami (SAN), had said the fresh $308 million forfeited assets would be received this month.

Malami had signed a tripartite agreement on behalf of the federal government with the US and the Island of Jersey in February to repatriate the funds.

The money is expected to be used on three major projects: Lagos-Ibadan Expressway, the Abuja-Kano Expressway and the Second Niger Bridge.

The Managing Director/Chief Executive Officer of Nigeria Sovereign Investment Authority (NSIA), Mr. Uche Orji, had told ARISE News Channel, the broadcast arm of THISDAY Newspapers, that “the $308 million that was announced is to be channeled to the Lagos-Ibadan Expressway, the Abuja- Kano highway and the Second Niger Bridge.

“And there are all sorts of scrutiny and supervision attached to this, given the external funding nature.”
But a report yesterday by Reuters said the United States Justice Department warned that Nigeria must spend the repatriated funds on agreed public projects or be forced to replace it.

The US Justice Department outlined the so-called “clawback” provision in a response to a query from a powerful US senator questioning the prudence of returning the cash.

“Should any of the parties — including the United States —conclude that any of the returned funds had been used for an ineligible expenditure, a ‘clawback’ provision would then obligate the FRN (First Republic of Nigeria) to replace fully any such improperly diverted monies,” the letter said.

It did not specify how and to whom, the money would be replaced.
The provision is notable as Nigeria continues efforts to repatriate money allegedly stolen during Abacha’s tenure between 1993 and 1998 when he died.

Corruption watchdog, Transparency International, allegedly estimated that he stole as much as $5 billion of public money during that time. Abacha was never charged with corruption during his lifetime and died in office.

A spokesman of Malami said the President Muhammadu Buhari administration had a history of “prudent and transparent utilisation of recovered assets,” and that the money would be used as outlined in the agreement.

“The federal government does not in any way contemplate of doing otherwise,” Malami’s spokesman, Dr. Umar Gwandu, said.