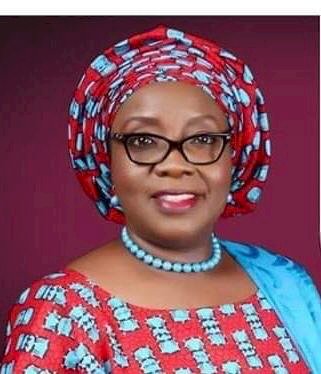 As Hon Adeola refuses Audience with the Governor, saying it is too late*

In a die minute rush, Governor Seyi Makinde of Oyo State is not leaving any stone unturned to pacify and reconcile with ex-Rep Majority Leader, Alhaja Mulikat Adeola-Akande ahead of the southwest congress tomorrow in Osogbo for fear of losing bloc votes in Oyo State in favour of Ambassador Taofeek Arapaja, his anointed candidate.

It was learnt that the Governor is having an emergency meeting with Hon Adeola today in an undisclosed location to beg and reconcile with her with a promise to meet all her demands if she is ready to concede to his group.

The former member of the House of Representatives has however declined to entertain all entreaties extended to her by the governor.

A source who pleaded anonymity said that Alhaja Adeola refused all the entreaties because according to her, “it was too late for such”.

Recall that the southwest zonal congress has been slated to hold in Osogbo on Monday with Governor Samuel Ortom of Benue State as chairman of the PDP electoral committee.

It was however gathered that the Benue State Governor will be represented by his deputy tomorrow.

South Should Produce Next President For Fairness – Masari