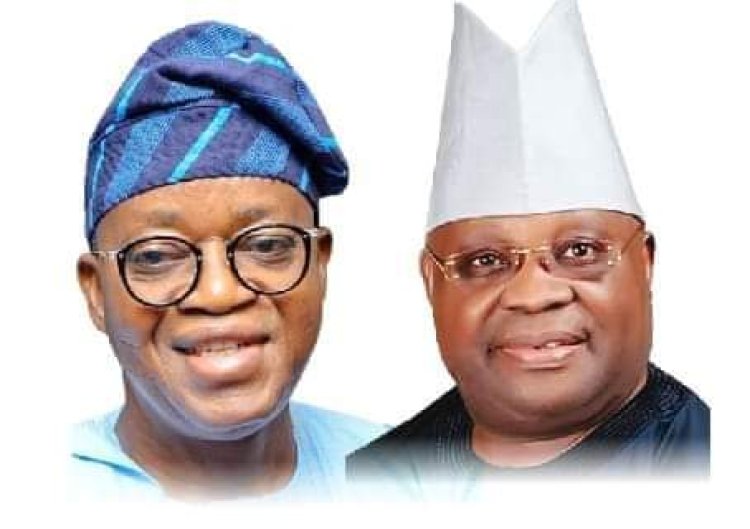 There is a heavy security presence in Osogbo, the capital of Osun as the state made final preparations for its governorship election billed for Saturday.

A Correspondent of the News Agency of Nigeria who went round the town on Friday reports that men of the Nigerian Police Force were seen in strategic places.

Men of the Nigerian Security and Civil Defence Corps, NSCDC, were also seen at strategic places.

Officials of the Federal Road Safety Corps, FRSC, were also seen at strategic places controlling the influx of vehicles in and out of the town.

The office of the Independent National Electoral Commission, INEC, located along Gbongan/Osogbo road was heavily manned by security.

Recall that the Inspector-General of Police, IGP, Usman Alkali-Baba, had said that 21,000 police officers would be deployed for the governorship election.

The IGP, however, said the deployment was not to intimidate residents but to prevent miscreants from high-jacking or disrupting the election process.

Similarly, the police had also announced restrictions of both vehicular and human movements during the election.

Johnson Kokumo, the Deputy Inspector General of Police in charge of Osun governorship election, made this known at the end of Police interactive session with ‘Accredited Election Observer Groups’, NGOs and the media, ahead of the election.

He said human and vehicular movements would be restricted from midnight of Saturday till 6.00 p.m of the same date (election day) but essential workers and accredited election observers and media would be allowed to operate.

Also, the NSCDC had deployed 11,226 personnel to provide security for the election.

This is contained in a statement by NSCDC Public Relations Officer, Olusola Odumosu, in Abuja.

The FRSC had also deployed 1,500 personnel, 35 vehicles and two trucks and ambulances to clear road obstructions, carry out rescue operations in case of emergencies, and maintain orderliness in polling booths.

FRSC made this known in a statement, by the Corps Public Education Officer, Bisi Kazeem, in Abuja.

According to INEC,15 political parties are participating in the election, while 1,955,657 registered voters will decide the fate of the candidates.

INEC also said the election would take place in 332 registration areas across the 30 local government areas of the state.

Though, 15 political parties would be participating in the election, the two contenders are the candidate of All Progressives Congress, APC, Governor Gboyega Oyetola and the candidate of the Peoples Democratic Party, PDP, Ademola Adeleke.

This would be the second time the two candidates would be meeting.

Both Messrs Oyetola and Adeleke had contested for the Osun governorship seat in 2018, which Oyetola won after a rerun.

After the rerun election which took place in seven units, Mr Oyetola won seven, while Mr Adeleke won one.

Although Mr Adeleke had led Mr Oyetola with 353 votes at the end of the first round of ballots, but after the rerun, Mr Oyetola won with 482 votes.