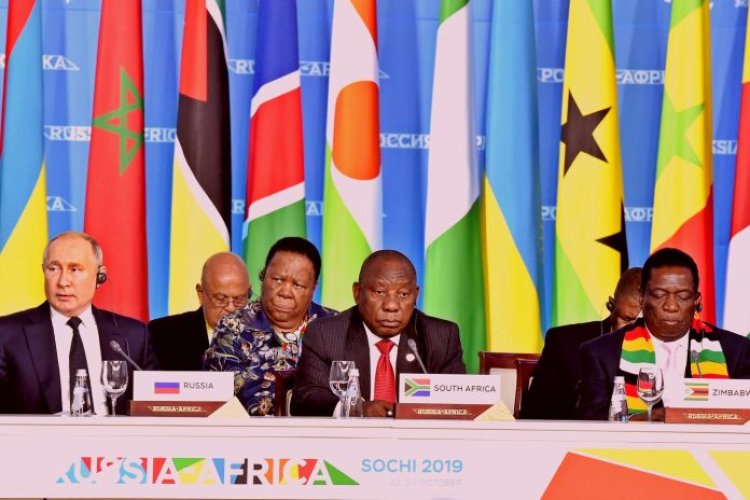 Augusto said the west have aspired to develop economic cooperation with the region.

“I must mention the situation resulting from the conflict between Russia and Ukraine.

“Western countries nowadays literally run to Africa, including Angola, in order to develop economic cooperation with the region.

“We both know that there are a lot of natural resources in Africa,” the ambassador said.

Angola and other African countries are frequently invited to participate in various forums, such as U.S.-Africa Business Forum, Africa-France Summit, Forum on China-Africa Cooperation and so on, da Silva Cunha noted.

“This demonstrates that the resources for further survival are in Africa,’’ the ambassador added.

Angola has one of the largest gas reserves in Africa after Nigeria and Mozambique.

The country’s gas reserves amount to 308 billion cubic meters. The country also has significant oil reserves of about 7 billion barrels.

Russian Ambassador to Angola Vladimir Tararov said in May 2022 that Angola was yet unable to substitute Russian gas supplies to Europe due to lack of necessary infrastructure, in spite of the initiatives of European diplomats.

Western countries rolled out comprehensive sanctions campaign against Russia after it launched a military operation in Ukraine on February 24, with the European Union pledging to end its dependence on Russian energy supplies

Traffic flows past the area where an iconic, century-old fig tree is placed after a presidential declaration was issued to save the centenary tree from being cut down.

This was to make way for a Chinese-funded highway in Westlands district of Nairobi, Kenya on November 12, 2020.

Senegal angry over Ukraine ambassador’s attempt in having...