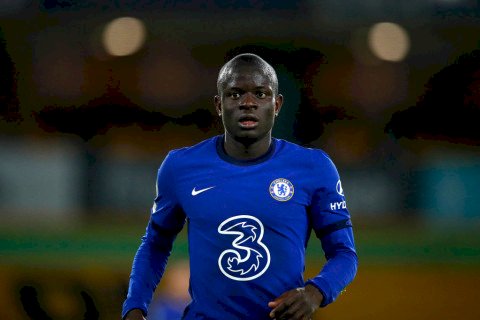 Werner, who scored a goal against Real Madrid, branded Kante as a ‘beast’ in football following the midfielder’s impressive display against the LaLiga champions.

Chelsea booked their place in the Champions League final, where they will face Manchester City later this month, thanks to an aggregate 3-1 victory.

“N’Golo is always really important for us,” Werner was quoted by Chelsea’s official website as saying on Thursday.

“He’s a beast, to win the ball and fight and run all over the place. The manager tells us every time he is playing that we play with two players.

“He’s a really good guy, plays so good, and also last night how he ran next to me and created a chance and also when he ran with the ball, gave a pass to Christian at the second goal.

“He’s so important to us and I’m very glad we have him in our squad.”

As a 14-year-old, Ebrima Darboe left Gambia without his parents, hoping to find...

Goalkeeper sent off in Ecuador for unrinating behind his...

Ronaldo Pinpoints What Man Utd Need To Win Title After...