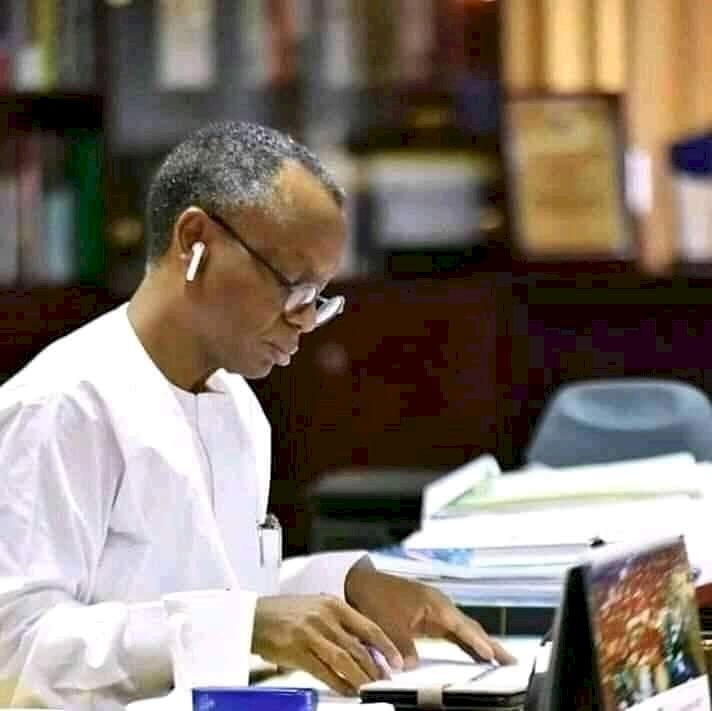 Governor Nasir El-Rufai of Kaduna state did not indict the National Assembly for not acting upon the report of the All Progressives Congress(APC) Committee on True Federalism. A statement issued by Mr Muyiwa Adekeye, Special Adviser on Media and Communication on Monday, clarified that the governor merely appealed for urgent action from the federal legislature.
The Special Adviser who was reacting to the comments of Senator Ajibola Bashiru, the spokesman of the senate, wondered ‘’how can this public appeal for urgent action prompt the sort of diatribe attributed to the Senator in the newspaper report?.’’
‘’The comments do not show that the person has read Malam El-Rufai’s speech, except if the person quoted is suffering from the crisis of comprehension that has become sadly endemic in our country.
According to Adekeye ‘’the unnecessary defensiveness to an allegation that was never made against the National Assembly cannot be deemed as distinguished conduct.’’
‘’Neither can the attempt to portray the report of a party committee on which several governors sat as that of the individual who had the privilege of chairing it,’’ he added.
It will be recalled that Senator Bashiru said that that Governor El-Rufai does not know the workings of the National Assembly, by accusing the legislators for not acting on the report of the APC on True Federalism.
The statement said that El Rufai had ‘’ appealed to federal legislators to initiate the necessary constitutional amendments to secure restructuring using the draft bills that are contained in the report of the committee.’’
‘’Notwithstanding the comments attributed to the spokesman of the Senate, Malam El-Rufai believes that the entire National Assembly will play a positive role in helping our country meet the urgent demands of the moment,’’ he said.
Adekeye advised that ‘’these times call for responsibility, not for a flourish of ego; for sobriety and utter focus on what is significant and consequential for the future of our country.’’