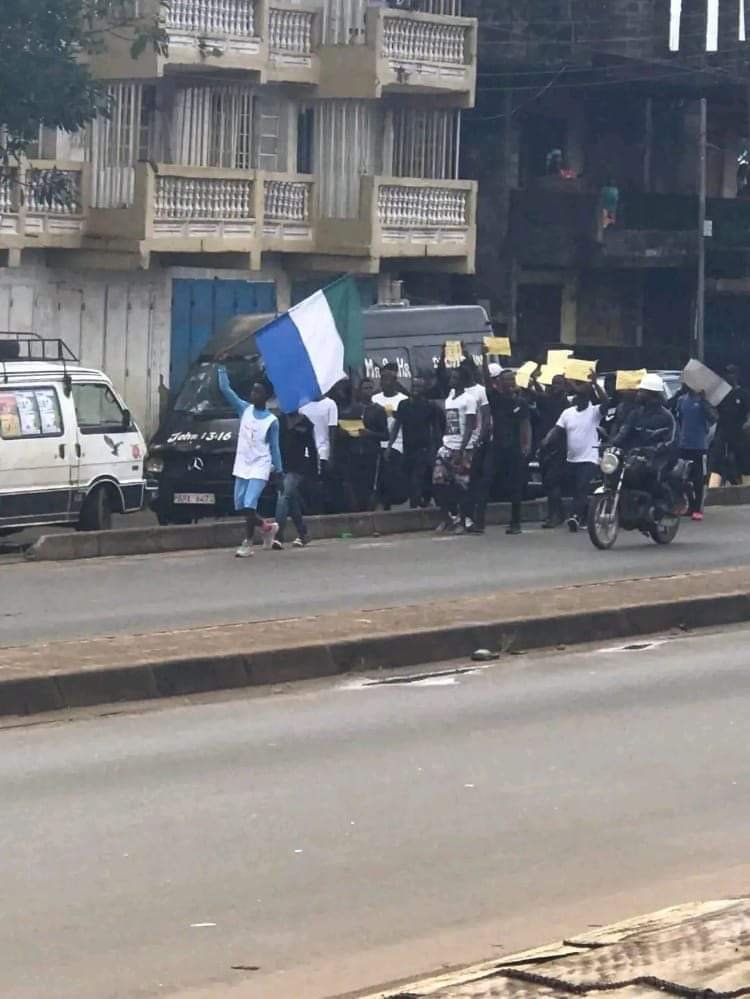 About six police officers were killed in anti-government protests in northern and western Sierra Leone on Wednesday, the head of police said on Thursday.

Sierra Leone’s government previously said there had been deaths, but did not say how many people died as protesters threw rocks and burned tyres in the streets out of frustration at worsening economic hardship and other issues.

The West African country, which has been struggling with rising inflation and a fuel crisis, imposed a nationwide curfew from 3 p.m. local time (1500 GMT) in a bid to stem the violence, Reuters reports.

“As a government, we have the responsibility to protect every citizen of Sierra Leone. What happened today was unfortunate and will be fully investigated,” said President Julius Maada Bio on Twitter.

In addition to the three bodies at the mortuary, a Reuters reporter saw another civilian body on a street in eastern Freetown.

However, the police chief and spokesman could not be reached for comment.

Moreso, some videos on social media showed large crowds of protesters and piles of burning tyres in parts of the capital, Freetown.

Other footage showed a group of young men throwing rocks on a street filled with whitish smoke.

The violence started at around 10:30 a.m. local time, he said, when he saw clouds of tear gas rising up outside his dormitory room.

“These unscrupulous individuals have embarked on a violent and unauthorised protest which has led to the loss of lives of innocent Sierra Leoneans, including security personnel,” said Vice President Mohamed Juldeh Jalloh in a video address.

“The government hereby declares a nationwide curfew. The security sector has been authorised to fully enforce this directive,” the VP said.

Regional political and economic bloc ECOWAS said it condemned the violence and called in a Twitter post for “all to obey law and order and for the perpetrators of the violence to be identified and brought before the law.”

Discontent has been boiling over for a number of reasons, including a perceived lack of government support for ordinary people who are struggling, said Augustine Sorie-Sengbe Marrah, a constitutional lawyer and governance activist.

“There has been little empathy from the central government to encourage folks that they see them suffering and that they understand these are tough economic times,” he said.

Long-standing frustration has also been exacerbated by rising prices for basic goods in Sierra Leone, where more than half the population of around 8 million lives below the poverty line, according to the World Bank.

On Tuesday, the national security coordinator asked the armed forces to be prepared to back up the police from August 9-12, warning of a “potentially volatile security situation”, according to an internal letter shared widely online.