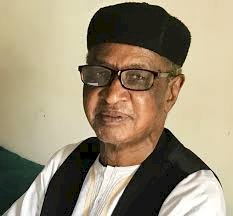 Our country Niger which now has 22 million inhabitants covers an area of ​​1 267 000 km2 However there are also others who live outside, having left their country To go like other citizens to settle outside their homeland Today hui, this Diaspora can reach several million Nigeriens With children born in the host countries. And like any community, Nigeriens settled outside our borders, while integrating themselves into the environment in which they live, they have always remained deeply attached to their country as well as to their traditional cultural values. Finally, it was at the National Sovereign Conference in 1991 that they in turn demanded the creation of a structure in this case a High Council of Nigeriens Abroad HCNE. Within which they will be able to organize and could organize themselves and thus maintain permanent contacts with Niger

HISTORY OF THE ESTABLISHMENT OF THE HCNE

With the fight that we, delegates of Nigeriens from outside, say from the Diaspora, led, we were able to at least convince the Plenary to take an act which enshrines the creation of regional structures which would promote the union of our compatriots from the outside. This is how Fundamental Act No. 23 which enshrines the creation of the High Council of Nigeriens Abroad will be adopted by the Sovereign National Conference and since then things have evolved. Moreover, since the first Transition, Prime Minister M Cheiffou Amadou had appointed a project manager in his office who had started by raising awareness within the framework of the creation of the structure in question in 1992 In 1997, President BARE had also created a Ministry of State in charge of Nigeriens abroad. The portfolio was entrusted to Mr. Sanoussi Tambary Jackou. A general directorate was responsible for the management of Nigeriens living abroad within the ministry. But the ministry was abolished and it is a directorate attached to the Ministry of Foreign Affairs and Cooperation which will be responsible for managing this Diaspora. Finally, on November 14, 2003, the Council of Ministers adopted the statutes governing the High Council of Nigeriens Abroad as well as the internal regulations. On January 8, 2004, the High Council of Nigeriens Abroad HCNE will see the light of day after a Congress which will bring together the Diaspora But it is already at the Sovereign National Conference that the Diaspora had delegated 28 representatives to speak on its behalf. They were 28 delegates coming from all the Continents And I was their spokesperson During the 3 months and 3 days that this family meeting lasted. This High Council of Nigeriens Abroad is the culmination of a long struggle and a struggle and aspiration of Nigeriens, will finally bring together and above all create a dynamic that will link some of the citizens living far from the country With those who remained there down. In various cultural and health fields and as part of the training of Nigeriens, the HCNE will work to help the country. The HCNE tried to invest in it. Like the Malians, Senegalese, Burkinabés and so many other nationals, Nigeriens as a whole bring their contributions of all kinds So that their long ignored from the outside is better and well known. Because there is sometimes if not often confusion between Niger and Nigeria. It happened to us personally during our stay in France, to put things back in order. Either at the level of the media or during the numerous conferences or interventions which we make To enlighten our French or European friends on our country. The role of the High Council is also that of honorably representing Niger. This represents the extension of our diplomatic representations in cities and countries. This whole, therefore, that diplomatic representations and the High Council of Nigeriens must work to achieve their objectives Make the country benefit from the advantages of Cooperation and the wealth and potential of its sons from outside The establishment of this structure decided by the CNS since 1991 by the government of Hama Amadou one year from the end of the first legislature of the Fifth Republic in 2003 was undoubtedly an act of political courage From which the Nigeriens benefit from it D especially since it is indeed a of their demands Which could also represent an asset in the balance sheet of his regime For our part, we who had with other Nigeriens conceived and defended tooth and nail this file at the Sovereign National Conference, we consider this as a duty and a moral comfort. By taking into account one of the specifications of various governments since the CNS, that of the Fifth Republic has thus restored the Diaspora to its rights. Because for our part, we are convinced that there is no better resource to which we must attach ourselves if it is only to his country especially. Because the native land is the greatest good Indeed the Nigeriens installed outside of their country has always remained in contact with their homeland. And as proof, they regularly go on vacation with their children, born abroad. This allows them to discover the country and get to know their parents back home. Many of them invest and help these parents. They also transfer large sums of money. This means that the High Council for Nigeriens Abroad remains the bridge between Niger and the host countries. They forge links with the populations of the countries where they reside. Some town twinning is their beneficial work, which promotes and facilitates exchanges between countries. The Nigerien state and government must also grant them facilities both through diplomatic representations and above all access to administrative documents which allow them to travel everywhere abroad and also protect them. by watching over them. In fact by staying against the country one attaches to its values ​​and its history. Since then, Councils of Nigeriens are displayed in many countries Et al example of the Council of Nigeriens residing in France In fact this structure in which we participated in its establishment a few years ago It federates our entire community in France From Paris it s use despite its derisory means to interest in the life of Nigeriens I take this opportunity to salute in particular the efforts made by the other Councils installed in the other European and African countries It is to say that it is the convergence of these last which constitute the High Council in the country The parent structure Courage et bon voyage.