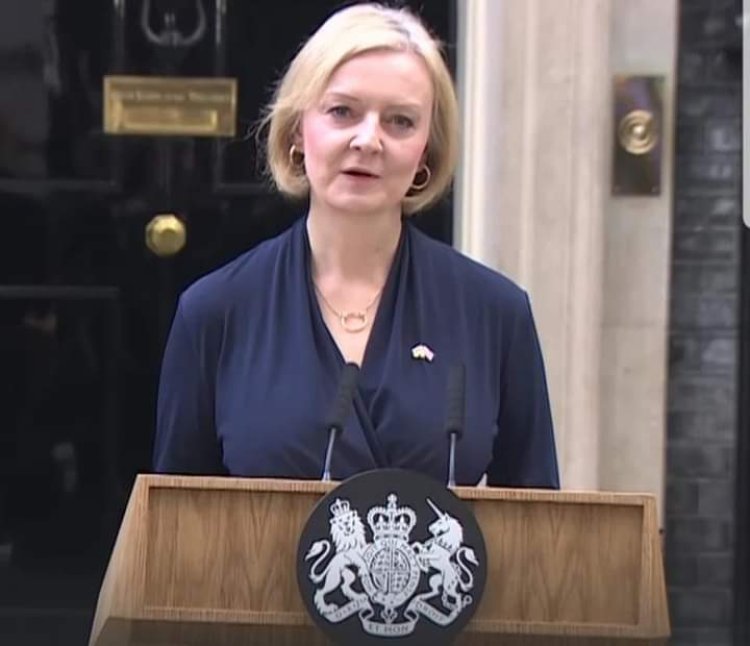 In what came as a shock to the world, 47-year-old British Prime Minister, Liz Truss, resigned on Thursday following  a series of economic issues that rocked the UK’s financial markets, leading to a revolt within her Conservative Party.

Truss was sworn in as the British head of government by the late Queen Elizabeth II on Septemeber 6, 2022, and resigned after 45 days in office on October 20.

The former UK Foreign Secretary is now by far the shortest-serving prime minister in British history.

Speaking in a statement outside the Downing Street, she said, “We set out a vision for a low-tax, high-growth economy that would take advantage of Brexit.

Her resignation follows a meeting with Graham Brady, the Conservative politician that is in charge of leadership votes and reshuffles.

Brady chairs the 1922 Committee — the group of Conservative MPs without ministerial positions who can submit letters of no confidence in the prime minister.

Just before the meeting, a Downing Street spokesperson told reporters Truss wanted to stay in office.

During the hour the meeting lasted, the number of MPs publicly calling for Truss to step down reached 17.

The number of MPs who have written letters to Brady expressing no confidence in the prime minister was reported to be over 100 by Thursday.

Truss said outside Downing Street that she and Brady had agreed the party would complete a leadership election within the next week. Here are some of the economic crises that led to Truss’ short spell in office, according to agency reports.

On September 23, Truss’ finance minister, Kwasi Kwarteng, announced a “mini-budget” which led to a turbulent period for U.K. bond markets, taking a toll on the debt-funded tax cuts he had put forward.

Most of those policies were reversed three weeks later by the second finance minister, Jeremy Hunt.

Truss had defeated  Rishi Sunak to become leader of the Conservative Party following the resignation of Boris Johnson on July 7.

Sunak is now said to be one of the favorites to replace Truss, along with Hunt, another leadership contender Penny Mordaunt, Defense Minister Ben Wallace and former Prime Minister Boris Johnson.

The resignation leaves the status of the Conservatives Party’s expected budget update on October 31 uncertain, but Truss said the leadership handover would “ensure we remain on a path to deliver our fiscal plans.”

The pound was up 0.4 per cent on the day against the dollar shortly after the announcement, trading at $1.1273, briefly touching a session high. It remains at the level it was on September 22, before Truss’ market-moving budget. The yields on 10-year and five-year gilts (U.K. sovereign bonds) were both down by around five basis points after Truss’ brief speech.

Opposition parties Labour, the Scottish National Party and the Liberal Democrats called for an immediate general election on Thursday afternoon. Labour leader Keir Starmer said: “The Conservative Party has shown it no longer has a mandate to govern.”