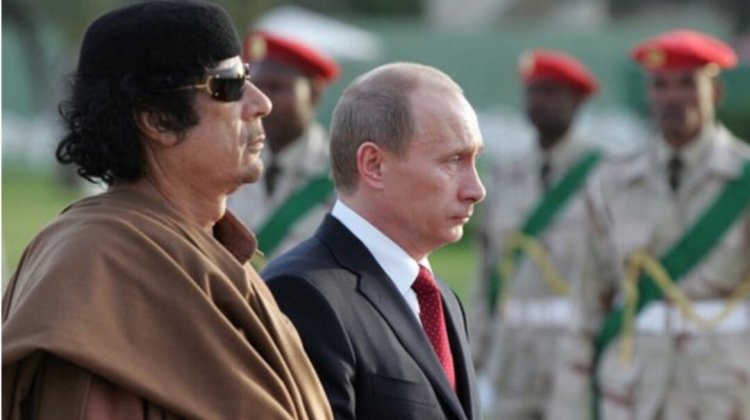 Russian President, Vladimir Putin spoke at length about the tragedy of Libya and how NATO’s “self-serving” decision of interference ruined the country. Putin who was delivering an address amidst the ongoing conflict with Ukraine condemned a set of people he referred to as “irresponsible Western politicians”

The president generally expressed a dissatisfaction in the sense of superiority with which the west projects its interest on other regions and implore illegal military means to get what they want at the expense of those involved. His address covered a range of historical events, citing scenarios, including that of Libya, where western allies engage in inhumane ventures with negative consequences.

“The illegal use of military power against Libya and the distortion of all the UN Security Council decisions on Libya ruined the state, created a huge seat of international terrorism, and pushed the country towards a humanitarian catastrophe, into the vortex of a civil war, which has continued there for years.” He said.

He added that, “the tragedy, which was created for hundreds of thousands and even millions of people not only in Libya but in the whole region, has led to a large-scale exodus from the Middle East and North Africa to Europe.”

In the lengthy address, Vladimir Putin said Iraq and Syria equally suffered like Libya. “A similar fate was also prepared for Syria. The combat operations conducted by the Western coalition in that country without the Syrian government’s approval or UN Security Council’s sanction can only be defined as aggression and intervention,” he said.

He added that, “the example that stands apart from the above events is, of course, the invasion of Iraq without any legal grounds. They used the pretext of allegedly reliable information available in the United States about the presence of weapons of mass destruction in Iraq.

“To prove that allegation, the US Secretary of State held up a vial with white power, publicly, for the whole world to see, assuring the international community that it was a chemical warfare agent created in Iraq. It later turned out that all of that was a fake and a sham, and that Iraq did not have any chemical weapons.”

Inspired by Senegal? Cameroon fires Conceicao and replaces him with Song

I served for 8years as the National secretary of MACBAN....