Osun Guber Race: Four Years Is Not Enough, Give Me Another Term – Oyetola 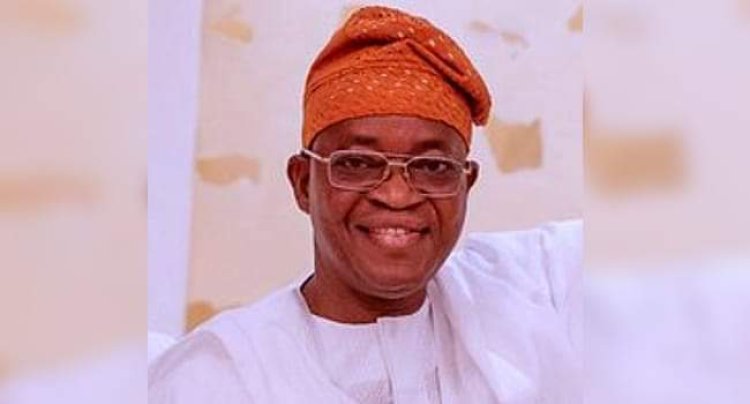 Governor Adegboyega Oyetola, has urged  the people of Osun State to vote for him once again, so that he can finish all that he started since he took over as governor.

Oyetola made this call on Sunday during his opening remarks at the Osun Governorship Debate 2022.

“Four years is not enough,” Oyetola argued while urging the people to give him their support one more time.

Oyetola who boasted that he is the candidate to beat in the forthcoming election, said Osun State is doing very well under his watch.

He explained that the people of Osun enjoy the dividends of democracy with him at the helm of affairs, including but not limited to the payment of salaries and pensions, the construction of roads and the education of the children.

Speaking about insecurity, Governor Oyetola was of the opinion that Osun is the most peaceful state in Nigeria, adding that he intends to keep it this way by continuing to collaborate with security agencies and outfits including the Amotekun Security Network and local hunters.

According to him, the present administration has not recorded serious cases of armed robbery, kidnapping and banditry which is prevalent in several other states.

The governor said he has been collaborating and is still collaborating with sister states on the issue of Amotekun, stressing that the security outfit has been very effective since they were established.

In his view, the Amotekun Corps should be enhanced by way of giving them arms to be able to deal decisively with robbers and kidnappers.