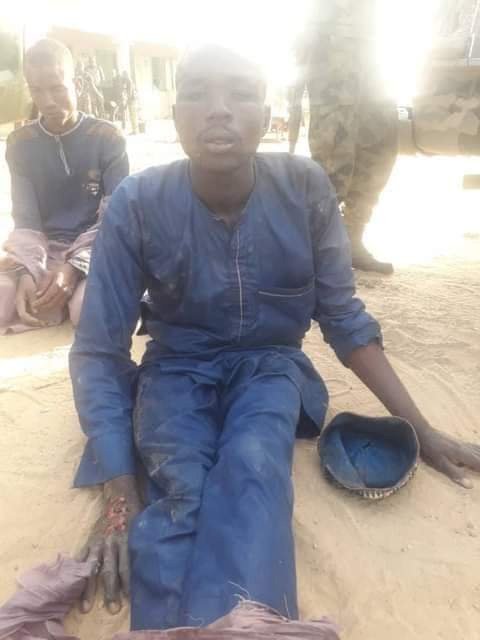 Troops of Operation Sahel Sanity have continued to achieve major milestone within two months as they intensify operations to completely rid the North West zone of the country of armed bandits, cattle rustlers, kidnappers and incessant killings of innocent citizens with the degradation of the bandits and their activities to the barest minimum.
These gains according to the Acting Director, Defence Media Operations Brig.-Gen Benard Onyeuko are gradually bringing stability and normalcy back to the zone as evident by the massive resumption of farming and socio-economic activities.
General Onyeuko noted that tremendous successes achieved since the commencement of the operation could not have been possible without the sacrifice, commitment and gallantry exhibited by the professionally and responsive soldiers of the Nigerian Army some of whom have paid the supreme price in the course of their professional calling.
“The gallant troops of Operation SAHEL SANITY within this period carried out series of clearance operations, ambushes, day and night patrols denying bandits and other criminal elements any respite. Also numerous farm and highway patrols were carried out within Sokoto, Katsina, Kaduna, Kebbi and Zamfara States thus boosting the confidence of the locals as well as commuters in carrying out their daily activities without hindrance.
“These operations have most importantly led to the rescue of kidnapped victims, neutralization of bandits, arrest of several bandits’ informants and collaborators, recovery and return of rustled cattle to their bona-fide owners.  Furthermore, there were recoveries of large cache of arms and ammunitions as well as other dangerous weapons.
“Similarly, numerous captured bandits’ motorcycles and Bandits hideouts were destroyed by the gallant troops. Equally, a number of bandits’ logistics network have been smashed leading to the arrest of some of the syndicate members within the period.
“So far, in all the operations conducted between 4 September -25 October 2020, 38 armed bandits were neutralized while 93 suspected bandits’ logistics suppliers and collaborators were arrested. Relatedly, 30 Dane guns, 941 rounds of 7.62 mm Special ammunition and 5 live cartridges were captured during various encounters with troops.
“Also, a total of 131 cows, 154 sheep/rams and 1 camel were recovered. In all the search and rescue operations carried out, 108 kidnapped victims were rescued, 90 bandits’ informants and collaborators, 3 rustled cattle marketers and 12 bandits’ logistics suppliers were arrested.
“Also, a total of 10 bandit’s camps and their logistics bases were destroyed by troops of Operation SAHEL SANITY.  Relatedly 47 bandits’ attacks and 31 kidnap incidents were foiled by the troops.
“The gallant troops of Operation SAHEL SANITY have continued to dominate all the hitherto volatile areas with confidence building patrols, ambushes and clearance operations to deny the bandits and other criminal elements freedom of action.
“Consequently, the troops are hereby commended for their gallantry, sacrifices and successes achieved so far. They are also urged not to rest on their oars but build on the achievements recorded so far.  The people of the North West zone are also appreciated for their continued cooperation in providing credible information for the success of the operation.”
The military scribe equally encouraged residents to continue to avail the troops with actionable information that would aid the desired goal of the operation, while reassuring them of the Nigerian Army's commitment to restore total peace in the zone and indeed the entire country.