A former vice president of the Nigerian Political Science Association (NPSA), Professor Kamilu Sani Fage, has said the North should not be blackmailed into toeing the position of the South on restructuring. 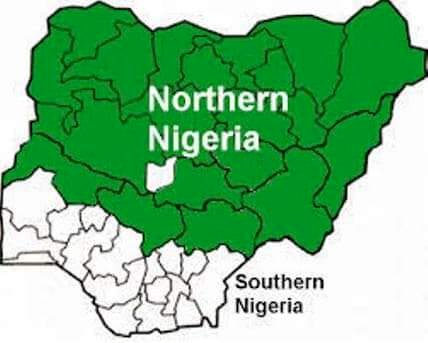 This is even as another political scientist Dr. Aminu Hayatu, noted that mutual suspicion is at the centre of the disagreement between the North and the South on restructuring, adding that both are trying to maximise their unique advantage.

Fage and Hayatu were reacting separately to the position of Professor Pat Utomi on restructuring wherein he stated that some politicians in the North were afraid of restructuring because they were uncertain about where it would lead them.

Reacting, Fage faulted the claim that the North is afraid of restructuring, saying the advocates of restructuring “especially our compatriots from the South seem to make it a policy that they have to blackmail the North into their position. But we are a federation and everybody has his perspective. This is nothing but an issue of political blackmail.”

“Are you saying South-East and South-South will go together, or South-South and South-West? They are not the same entity and their position of what restructuring should be is different,” Fagge said, adding that the issue of restructuring must be “seriously” addressed.

He added that lack of genuine forum where Nigerians discuss the issue has been the real bane of properly addressing it.

Also speaking to Daily Trust, Dr. Hayatu of the Department of Political Science, Bayero University Kano (BUK), noted that saying the North is afraid of restructuring “is like saying a football team is only trying to score a goal in a match because it is afraid of losing”.

He said all the entities in Nigeria were only trying to maximise their advantages and as such one entity should not blackmail the other.

He said: “Pat made a statement which is not rooted in facts. Since the amalgamation was done, every part of the country has got one advantage which the other parts rely on and despite all the conflicts and systemic cracks, it allows for the nation to continue as an entity.”

He added that it would be parochial to define restructuring from just one aspect of all the things that put the country together.

“But his (Utomi’s) own definition of restructuring is only in terms of holding the position of power and only for the presidency. We have a Northern president but if you look at the clamour in Northern Nigeria today, it is saying that we have a president who is indigenous to the North by all definitions but who even operates more favourably towards the South-West in terms of awarding contracts and their completion,” Dr. Hayatu said.

Meet 31 year old police officer called Dan. He was not born with this frightening...