No Administration Ever Supported State Govts Like Buhari’s — FG 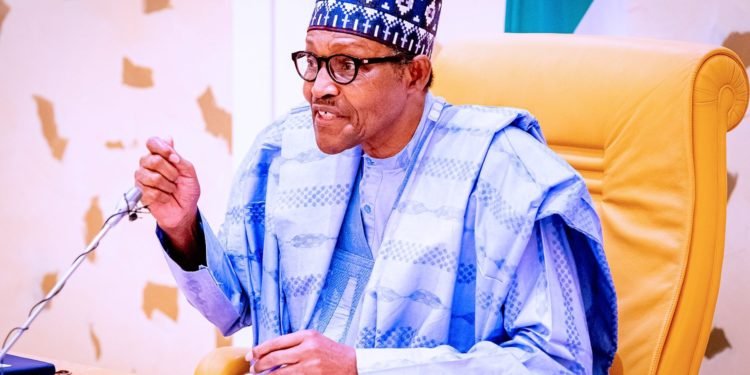 The Federal Government says with whopping N5.03 trillion and 3.4 billion US Dollar interventions to states in seven years, no administration has supported the second tier of government better than the President Muhammadu Buhari, PMB’ Government.

The Ministers of Information and Culture, Lai Mohammed and Finance, Budget and National Planning, Zainab Ahmed stated this on Thursday in Abuja at the 6TH edition of the “PMB Administration Scorecard Series 2015-2023’’.

The scorecard series was launched by the Ministry of Information and Culture to showcase the numerous achievements of the Administration and Ahmed gave scorecard of her ministry at the sixth edition.

The position of the federal government came barely 24 hours it blamed the 36 state governors for not getting their priorities right by fighting poverty with the huge resources accruing to them and support from federal government.

In an opening remarks, Mr Mohammed said since 1999, the Buhari Administration had done better than others in supporting the states with numerous interventions to alleviate poverty, pay salaries and others.

“I make bold to say that no Administration, since the beginning of the current political dispensation in 1999, has done more than the Buhari Administration in supporting states with all sorts of financial interventions.

“When the Administration assumed office in 2015, at least 27 states could not pay salaries. Imagine what would have happened if Mr. President had not offered a helping hand, without discrimination, to the states?

“But for Mr. President, most of the states would have been plunged into serious socio-economic crisis, with dire consequences for the country,’’ he said.

Corroborating Mr Mohammed position, the Finance minister in her presentation said the President understood clearly that the nation’s economy would not have grown consecutively and pulled out of recession twice without supporting the states.

He said the ministry with the approval of the President facilitated the implementation of various government intervention schemes to the sub national governments.

“The ministry has, with the support of his Excellency the President been able to disperse N5.03 trillion and an additional 3.4 billion US dollars to states by the federal government over the lifetime of this administration.

“Some of them are grants, some of them are very soft loans with very low interest rates as well as very low terms to enable the states to manage their economies and contribute to the growth of the nation.

“The support also covers 30 per cent derivation point to oil producing states refund for construction of federal roads that several states have undertaken over a period, even predating this administration,’’ she said.

Mrs Ahmed added that when there were floods or other natural disaster incidences, the federal government provided intervention support as well as funds for the development of natural resources in the states.

He said the federal government supported the states through the Paris Club refunds and support had been provided from the stabilisation fund as well as support during the COVID-19 intervention.

Other areas of support according to the minister were through the commercial agricultural credit scheme, healthcare Support Facility, differentiated cash reserve facility and several bonds issuance programs to states to float and raise resources.

Specifically, he said on the 13 per cent derivation to the oil producing states the federal government had provided over N1.97 trillion while Paris Club refund amounted to 2.6 billion US dollars,

According to the minister, on the aggregate N1.5 trillion had been made available to states on ecological fund while N204.24 billion had been released as support from the development of natural resources.

She said N1 billion support had been released from the stabilisation fund N37 billion under the COVID-19 intervention support while over N50 billion had been paid as refund to states for construction of federal roads, among others.

NAN recalled that the Minister of state for Budget and National Planning, Clement Agba on Wednesday accused the state governors of embarking on projects like building airports and flyovers rather than fighting poverty and improving the lives of citizens in their respective states.

Mr Agba was responding to question in the State House on the recently released statistics by the National Bureau of Statistics that no fewer than 133 million Nigerians representing 63 per cent of the population were living in multi-dimensional poverty.

The minister contended that 72 per cent of poverty level in Nigeria was found in the rural areas, which according to him had been abandoned by the governors in-spite of the fund accruing to them and the support from the federal government.

My Son Told Me He Was Beaten, Taken To Aso Rock – Father Of Student Arrested Over...