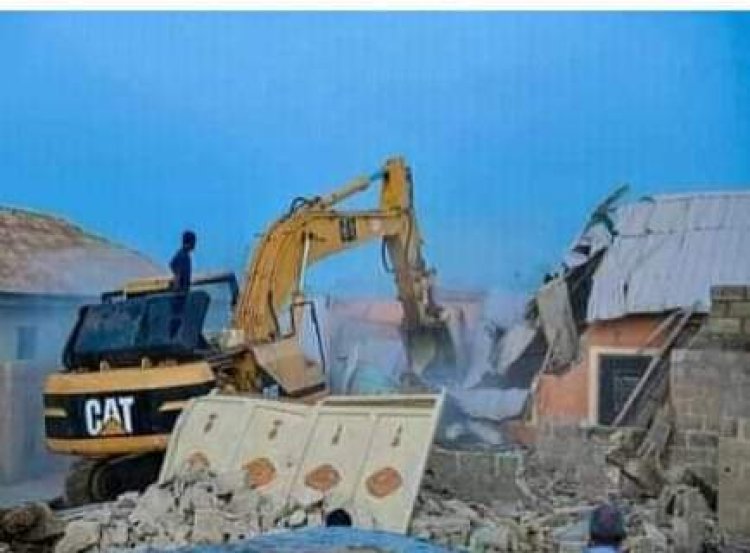 The state government of Niger demolished the building of suspected kidnapper Mohammadu Umar on Saturday in Nakagbe, in the local government area of ​​Bosso, state.

Emmanuel Umaru, commissioner for local government and chiefdom affairs, told reporters in Minna on Saturday that the suspect used the proceeds of kidnapping and other crimes to buy the house.

He said the suspect currently being held by security officers was one of those responsible for the kidnapping of two professors and four family members from Abuja University on Monday.

He added that security agencies had already identified Umar as the prime suspect in the kidnapping.

The commissioner said the suspect’s confession helped rescue abductees and their families.

“We will not allow kidnappers, bandits or any other criminal to make our state a safe haven,” he said.

Umaru called on residents to be vigilant and concerned about their safety and to report strange movements to security agencies as well.

The commissioner said the state government and security agencies have already developed a comprehensive security strategy to flush out all criminals in the state.

“We will provide all necessary support to the police and other security agencies in the ongoing fight against banditry, kidnappings and other crimes.

“We have already reached out to traditional leaders and other stakeholders to support security agencies with intelligence information that could help apprehend the perpetrators,” he said.

The commissioner called on residents not to hesitate to report any person or group of people of questionable character to the nearest security agency for swift action. (NOPE)

..As Gombe Governor Assures of Continued Support to Security...