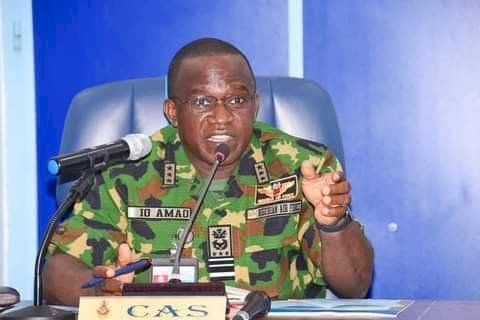 Operational unit commanders of the Nigerian Air Force (NAF) converged on Abuja for a three-day retreat to evolve new strategies in view of the ever changing security environment.

The retreat which commenced from 27 to 29 April 2021 had as its theme, ‘Harnessing NAF Airpower Capabilities for Effectiveness in Joint Operations.’ At the 3-day event, operational commanders and some retired personnel acting as resource persons were able to critically scrutinize current efforts by NAF as well as proffer new strategies towards improving the current security challenges in the country. 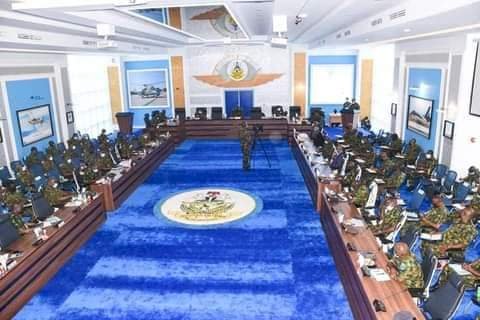 Key areas of deliberation centred on operational, logistics as well as engineering efforts by relevant units towards enhancing operational effectiveness of the NAF. Earlier in his opening address, the Chief of Air Staff (CAS), Air Marshal Oladayo Amao, had reiterated that the retreat was aimed at appraising NAF’s current state of effectiveness and efficiency towards contributing to the enhancement of national security as well as in dealing with current and emerging security challenges facing the Nation.

While noting that the Service faced several militating challenges, the onus lies on the NAF to work through those challenges and evolve the best operational strategies to achieve the desired results. He also stated that the NAF must look for areas of synergy with sister Services and other security agencies, whilst leveraging each other’s capabilities to secure the Nation. 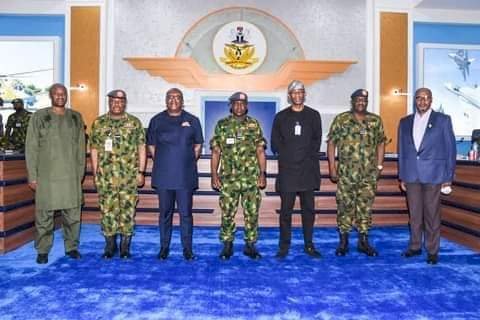 Speaking further, the CAS reminded commanders of their responsibilities to the nation as a fighting force, saying that a huge burden of responsibility has been placed on the Armed Forces of Nigeria and the NAF in particular, by the Nigerian people to secure and ensure their security and safety.

According to him, “We cannot afford to let them down. We must therefore use this period of introspection to evolve strategies to improve our operations as well as enhance our logistics support systems and maintenance practices to ensure the serviceability of our air assets for optimal employment of airpower capabilities in joint operations”.

He also disclosed that the retreat no doubt provided an avenue for the NAF to critically analyse its activities, achievements and challenges in order to enhance the capacity of commanders and potential commanders in the NAF.
As part of the retreat, four newly trained pilots comprising two fighter pilots and two combat helicopter pilots, who recently completed their trainings in United States of America (USA) were winged. The winging of the pilots as ascribed by the CAS marks a glowing testament of NAF’s commitment towards, ‘enhancing and sustaining critical airpower capabilities required for joint force employment in pursuit of our national security imperatives’.

He also disclosed that the Service cannot effectively and efficiently employ airpower if there was lack of sufficient number of well-trained aviators and support personnel, hence the importance the Service attaches to the winging of the young pilots. He went further to reveal that a total of 233 officers and airmen/airwomen were undergoing training courses overseas, which cut across several specialties and trades. According to him, “out of this number, about 35 are student pilots undergoing various stages of training at Czech Republic, USA, United Kingdom and South Africa.

All these are aimed at maintaining combat readiness at significantly higher levels to counter both domestic and foreign threats to the Nation’s security and wellbeing.” While congratulating the young pilots on their winging, the CAS urged them to be relentless in pursuit of excellence and professionalism as operational pilots, while working with their colleagues across other specialties in the Service.

He further advised the pilots to remain committed to the successful execution of, ‘our constitutional role of defending the territorial integrity of our dear nation.’ The CAS also thanked President Muhammadu Buhari, for his unwavering commitment to the development and enhancement of the Armed Forces.

In his remark, the Chief of Training and Operations (CTOP), Air Vice Marshal James Gwani disclosed that two of the winged pilots had completed the Specialized Undergraduate Pilot Training (SUPT) at United States Air Force training facilities in Mississippi and Texas while the other two went through the Basic Military Helicopter as well as Mission and Tactics Training at United States Army Aviation Flight School, Fort Rucker and Western Army Aviation Training Site, Arizona, United States.

He expressed optimism that the inclusion of the 4 pilots into NAF’s pilots’ corps would no doubt boost the strength of Service especially as the NAF will soon be inducting new platforms into its inventory. The winging ceremony and the retreat were attended by several serving and retired NAF personnel pooled from across the nation.