Many fighters of the Boko Haram sect were bombed when the military stormed a mass burial that the sect organised for some of its... 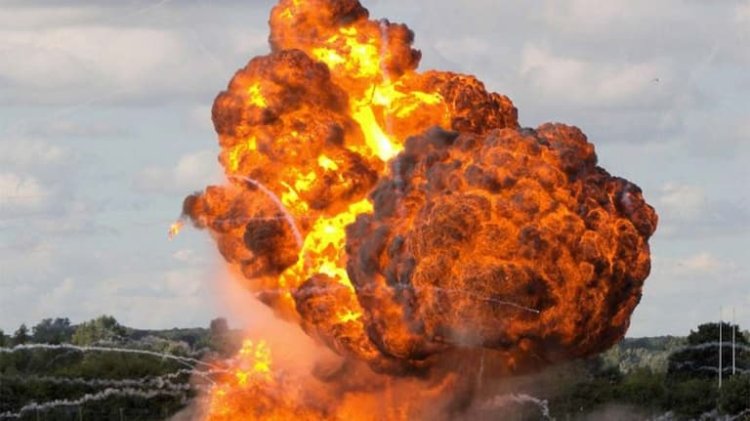 Many terrorists have been killed in renewed offensive launched by air and ground troops on the frontline of the battle against insurgency.

More than 200 Boko Haram terrorists and five top Commanders of the sect were killed on the fringes of Sambisa Forest, Borno State, during a massive onslaught by the Troops of Operation Hadin Kai (OPHK).

No fewer than 70 Boko Haram fighters reported drowned while trying to escape in Shehuri, a Borno community.

According to the Zagazola Makama, a counter insurgency Expert And Security Analyst In The Lake Chad, an early damage assessment confirmed the successful operation led to the elimination of high-ranking commanders, including Abou Hauwa, (Munzir) Amir Shettima, Akura Buri(Nakif), Abou Zainab, Abou Idris and their fighters.

Sources said during the raid, ground troops stormed a hideout of the terrorists in Gafchari, where they engaged the terrorists in a gun battle, leading to killing of over 30 fighters while others escaped with bullet wounds.

The sources explained that the ATF, in another Coordination With The ground troops, detailed two Super Tucano jets to conduct air interdiction missions against the insurgents which resulted in neutralising additional fighters.

According to him, “Similar strikes were also undertaken at Sheruri when the combat aircraft attacked another location of fighters deployed to stage an ambush against ground troops.”

“In another encounter with the terrorists during the robust fighting patrol, the troops succeeded in eliminating another scores of insurgents in the axis of Mantari after a gun battle which lasted for about two and half hour.

“In Gazuwa, the troops destroyed two vehicles and the home of Abou Iklilima which used to be a hideout to insurgent Leaders. Other makeshift tent and properties belonging to terrorists were also destroyed,” he said.

According to him, few of the surviving terrorists who escaped the military raids returned on September 3 to recover corpses of their dead fighters at Sheruri and Gabchari.

He added that they were able to recover more than 30 among the fighters who drowned in the river in Gabchari.

“Additional 9 bodies who died as a result of bullet wounds were recovered around the bushes in Gaizuwa, among them were two Boko Haram Commanders including; Abou Zainab, Abou Idris.

“While they were making preparations to conduct mass burial for their Mujahedeens, the military authorities acting on the intelligence, deployed the Super Tucano to the location, killing unspecified numbers of them.”

The aftermath of the airstrike revealed that pandemonium broke out as the remnant of surviving terrorists took cover under nearby trees and later fled.

“The week-long sustained operations that were carried out simultaneously in different locations within the North East Theartre of Sambisa Forest by the troops of Operation Hadin Kai, has completely degraded the capabilities of the insurgents,” he said