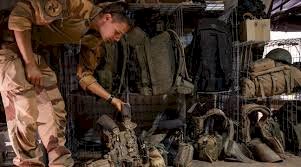 A Malian civilian was killed and two injured by soldiers of the anti-jihadist force “Barkhane”, in an incident involving a bus that refused to slow down despite warnings.

A Malian civilian was killed and two wounded on Tuesday September 1 by French soldiers of the anti-jihadist force “Barkhane”, during an incident involving a bus which refused to slow down despite warnings, according to a statement from the French general staff .
About fifty kilometers west of Gao (northeast), “a bus heading at high speed in the direction of the [French] military convoy was the subject of verbal and gestural summons, then a first warning shot, while the threat of suicide vehicles is high, ”explains the staff.
But “these first steps did not slow down the bus,” he says: “A second warning shot aimed at the ground was then fired. Two bullets ricocheted on the ground and went through the windshield, injuring three passengers, one seriously. ”

“The seriously injured was evacuated by helicopter to the ‘Barkhane’ force hospital in Gao” but “died of his injuries,” the statement continued. “The” Barkhane “force presents its sincere condolences to the relatives of the deceased victim”, concludes the French staff, specifying that “all measures have been taken to establish the exact circumstances of this event”, in collaboration with the Malian gendarmerie.
Paris has 5,100 soldiers in the Sahel as part of the “Barkhane” force, which fights armed groups affiliated with Islamic State (IS) and Al-Qaeda, and such an event is rare.

This intervenes in an uncertain climate in Mali, led since August 18 by a military junta which overthrew President Ibrahim Boubacar Keïta after seven years in power, exercised with the support of the international community in the fight against the jihadist spread and for the stability of the Sahel.
The military at the head of Mali for two weeks took a step on Tuesday towards the transition to bring civilians back to power, setting the weekend to hold consultations with parties and civil society. France called on the junta on Sunday to organize “quickly” a transition to civilian power in Mali, warning it that this would otherwise benefit “terrorists”.
Source: Le Monde with AFP