Mali: a terrorist base in the center dismantled by a Malian company of the G5-Sahel Joint Force 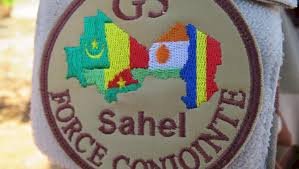 In the last two days, no chance has been reserved for the enemies of Mali, they are hunted down and persecuted to every nook and cranny. Another terrorist hiding place was discovered during an area control operation in Mali’s Gourma, a company of the G5-Sahel Joint Force (FC-G5S) dismantled a base in Kobou. Motorcycles, means of communication and a significant amount of fuel were recovered.

Since the fall of President IBK, the military has continued to grow. She has, one can say it, decidedly the wind in its sails, the exploits since a few weeks are multiplying. A significant victory has just been recorded on the pitch, especially in the center of the country.

Mali’s worst enemies, that is to say, now seem powerless in the face of the firepower of our valiant determined soldiers. Progressing towards the town of Kobou, a Malian Combined Arms Tactical Echelon of the Joint Force was attacked by several terrorists on August 26, 2020. After a few exchanges of fire, the latter chose to flee the fight, leaving behind them a twenty motorcycles, means of communication and a large quantity of fuel.

In this region where the GAT are numerous, this avoidance tactic is illustrative of an unfavorable balance of power and a certain disorganization of the group. The Joint Force demonstrates a good capacity for mobility in this rainy season. In fact, despite difficult weather conditions and degraded axes, the ETIA was able to carry out this mission until Kobou.

Through area control, the Joint Force contributes to the gradual return of the state to the three border area. This action is part of Operation Sama, conducted for several months by the Joint Command Post (PCC) of Niamey. The G5-Sahel Joint Force is a regional force whose mission is to fight terrorists in border regions common to the G5-Sahel countries in close coordination with all national forces and the Barkhane force. With more than 5,000 men divided into seven battalions and coming from Burkina Faso, Mali, Mauritania, Niger and Chad, the G5-Sahel Joint Force is mandated to be able to intervene beyond the borders of these countries in within the framework of a regulation initialed by the five heads of state of the G5Sahel.

It should be remembered that the center of Mali has been caught in a whirlwind of violence since the appearance in 2015 of a jihadist group led by the Fulani preacher Amadou Koufa, who has largely recruited within his community, and joined the GSIM from its start. creation in 2017.

This violence has spread to neighboring countries, Niger and Burkina Faso.

The jihadist attacks are mixed with clashes between the Fulani, mainly herders, the Bambara and Dogon ethnic groups, mainly practicing agriculture, who have created their “self-defense groups”, in particular by relying on traditional “dozos” hunters.

This military performance must be encouraged, but it must also be perpetuated. At this rate, terrorism will return to where it left off.