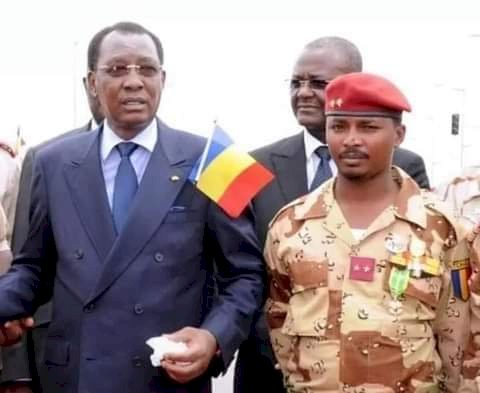 The 37 years old Maj. Gen. Mahamat aka Mahmud will probably be the successor of his father in Chad. He was trained in France, at Aix-en-Provence Military School and in Chadian Military School. After he was appointed to SERS as Deputy Commander of the Infantry Group.

His first combat experience took place in April 2006 when rebels attacked the capital city of Chad and later he participated in a combat in Eastern Chad. After Mahamat was given the rank of Major. He led the Chadian forces during the Battle of Am Dam, where his army defeated the rebels.

On 22 February, he led his army against rebels in the Adrar al-Ifoghas mountains in Northern Mali leading to the Battle of al-Ifoghas. They eliminated a rebel base said to be of "significant importance", inflicting heavy losses upon the rebels but also losing twenty-six men in the process, including Abdel Aziz Hassane Adam, a commander of special forces. Mahamat took full command of the FATIM and has since been leading operations against rebels in the North.

The leadership of Tabital Pulaaku International Ghana-chapter and the indigenes...

Video: we are one people don’t associate every crime to Fulani’s-Ahmed Barry