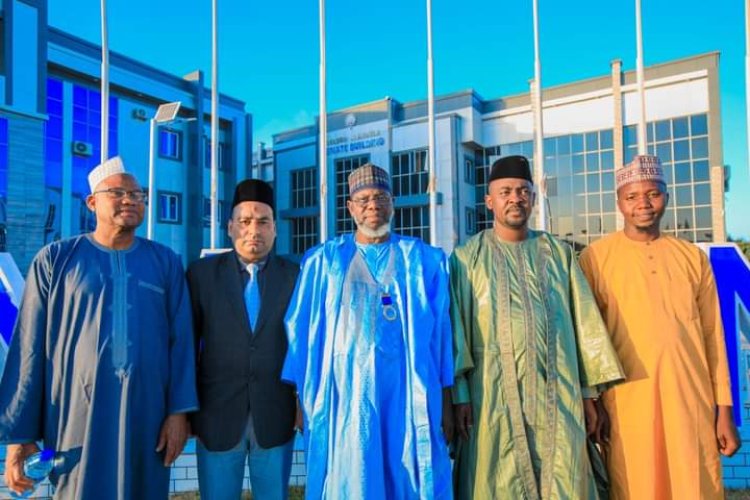 Maryam Abacha American University of Nigeria has expressed readiness to partner Al-Istiqama Islamic University, Sumaila in areas of Islamic education so as to improve the current state of Almajiri System of Education in the country.

The founder and chairman Governing Council of MAAUN, Prof. Adamu Gwarzo, made the remarks when the management staff of Al-Istiqama University led by its vice chancellor, Prof. Salisu Shehu paid a courtesy visit to MAAUN on Monday.

He explained that the partnership between the two institutions would not only enhance the current state of Almajiri system of education but would go a long way in promoting Islamic education.

Mr Gwarzo who is the President of Association of Africa Private Universities, AAPU, disclosed that he had already started working on a multi-million Euros grant with a view to supporting research development in the university.

He expressed happiness over the achievements so far recorded in Al-Istiqama Islamic University and stressed the need for the two institutions to collaborate for the benefit of their students and lecturers.

“I always emphasize the need for innovation because it’s a key to any meaningful development.

Mr Gwarzo, who described MAAUN and Al-Istiqama University as the two leading universities in Kano, called on the management to sustain the current tempo of development in the university.

Earlier in his remarks, the vice chancellor of the Al-Istiqama University said the visit was aimed at solidifying the existing relationship between the two institutions.

He restated the determination of the university to collaborate with MAAUN on mutually beneficial areas to promote academic excellence stressing that universities all over the world thrive on mutual cooperation and collaboration.