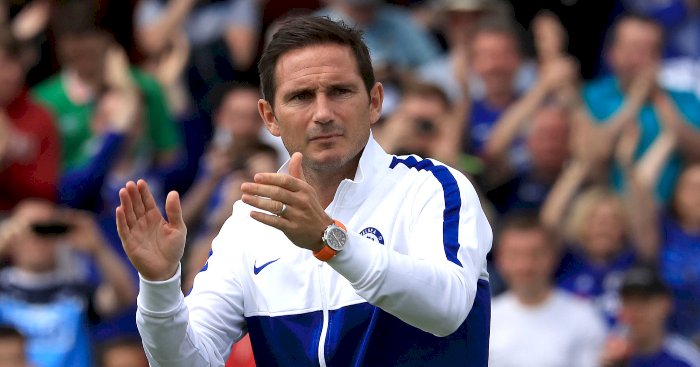 Chelsea manager Frank Lampard has said he is relishing a reunion with the London club’s former boss Carlo Ancelotti, now in charge of Everton, ahead of their Premier League meeting on Saturday.

Ancelotti guided Chelsea to the Premier League and FA Cup double in the 2009-10 season with Lampard one of the mainstays of his midfield and the current Blues boss hailed the veteran Italian manager.

“I was heavily influenced by him as a player and a man. He’s right at the top of managers I worked with,” Lampard told a news conference. “He’s had huge success at various clubs. He was a great coach, a great man and I look forward to seeing him.”

Everton, beaten 4-0 by Lampard’s side in their last meeting, made a solid start to the current season and led the table before a dip in form saw them slide to ninth place with 17 points from 11 games, six places and five points behind Chelsea.

“The Premier League is unforgiving. They’ve had injuries. It doesn’t change my thoughts on how to approach playing them,” Lampard, whose side are also through to the Champions League last-16, added.

“We’re happy where we are but there’s a long way to go. Words aren’t important at this point.

“It was important for us to win our Champions league group and put that away until the new year. Our next four games show how challenging it is. It’s important to focus and understand. We can’t drop our standards.”

Lampard added that Chelsea will be without injured wingers Hakim Ziyech (hamstring) and Callum Hudson-Odoi (thigh) for at least two weeks.

The unbeatable Ndongo and his crew - Ngalouji Kongol released a new video titled...

AFCON: My club coach asked me to fake injury to avoid representing...