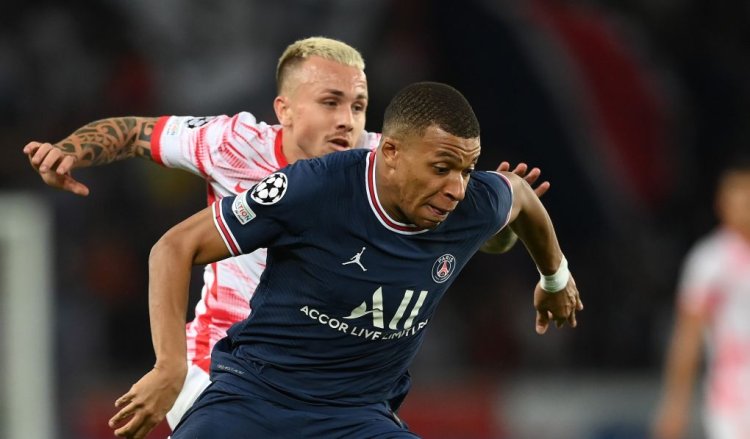 Le Parisien newspaper reported on Thursday that PSG’s Qatari owners had offered Mbappe a salary of 50 million euros ($53 million) a season and a loyalty bonus of 100 million euros if he stays.

The report said the club had offered a two-year contract with the option of a third year.

But Mbappe’s mother, Fayza Lamari, tweeted that the French World Cup-winning forward had not yet come to a decision.

“There is no agreement in principle with Paris Saint-Germain (or with any other club),” she said.

“Discussions around the future of Kylian are continuing calmly to allow him to make the best choice, respecting all the parties involved,” she added.

Mbappe, 23, has made no secret of his desire to play one day for Real Madrid, who this week reached the Champions League final just days after securing a 35th Spanish title.

But PSG, who have won the Ligue 1 title for a record-equalling tenth time but angered their hardcore supporters with their limp exit to Real in the last 16 of the Champions League, are battling to hold onto their biggest asset.

Real Madrid reportedly made an offer to PSG worth $210.2 million in August but did not receive a reply. ESPN’s Mark Ogden reported Mbappe was “expected to move to the Bernabeu as a free agent when his PSG contract expires at the end of this season.”

His future will remain heavily watched as one of the top attacking players in the world.

The 23-year-old has 24 goals and 16 assists in 32 league matches this year, helping PSG clinch a Ligue 1 title for the fourth time in five seasons. He also added 11 goals this year in Champions League and Coupe de France play.

In 214 career matches with PSG since joining the club in 2017, the superstar has 167 goals and 76 assists in all competitions.

Mbappe has also been a star at the international level, helping France win the 2018 World Cup with four goals in the competition as a 19-year-old.

He will once again be one of the players to watch in the 2022 World Cup with his side one of the favourites to lift the trophy. (AFP)

Ahmed Musa in shock move to Kano Pillars after failing...