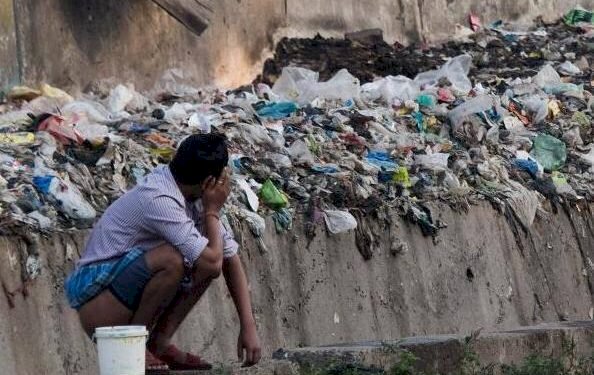 The Federal Government has identified Kwara and Plateau as the states with the highest population in open defecation.

He called for concerted efforts from all Nigerians to do more towards ending open defecation practice.

Awe said the ministry has inaugurated 77,400 Youth volunteers to act as hygiene ambassadors towards scaling up sanitation and hygiene in the country.

He said the data was obtaine from the Water, Sanitation and Hygiene National Outcome Routine Mapping Survey (WASH-NORM), launched in 2018 to fill the chronic gaps in monitoring and routine assessment of the status of the WASH services in Nigeria.

According to him, Nigeria still ranks the highest country with the highest number of persons defecating openly, saying no fewer than N455 billion was lost annually to poor sanitation.

Awe said that if the country could invest more in sanitation infrastructure, there would be sustainable ways of safe disposal of wastes, business opportunities and improved productivity for all.

He said that the impact of poor sanitation was seen in underdevelopment of children, loss of manpower, low socioeconomic development, among others.

The director identified open defecation as a major contributor to rising cases of kidnapping and sexual violence, noting that this could occur as a result of searching for convenient places to answer the call of nature.

“Open defecation contributes to rape and kidnapping cases that we hear about lately, we want everyone to take ownership of building and using their toilets at all times.”

Mr Benson Ajisegiri, Director, Water Supply with the ministry, said the ministry was working to improve access to potable water through the Partnership for Expanded Water Sanitation and Hygiene (PEWASH) programme.

This, he noted would see how to improve capacity, repair broken down schemes, saying strengthening sector infrastructure was critical to changing poor narrative of state water agencies.

Ajisegiri added that through the PEWASH interventions, 25 states have declared state of emergency in the water and sanitation sector, adding that this has seen more commitment towards improving access to potable water in the country. (NAN)