Some soldiers were ambushed at Osisioma, Tonimas junction, Aba, Abia State, in the wee hours of Friday.... 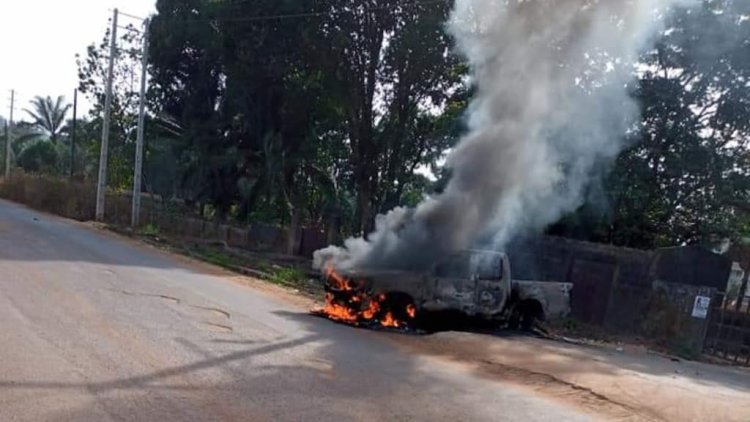 Some soldiers were ambushed at Osisioma, Tonimas junction, Aba, Abia State, in the wee hours of Friday.

According to an eyewitness, the gunmen, who took the troops unaware, set patrol vehicles on fire.

He said the attackers laid ambush for the soldiers at Tonimas junction axis of Enugu-Aba-Port Harcourt Expressway.

The Indigenous People of Biafra (IPOB) had declared Friday as a sit-at-home day in solidarity with their embattled leader, Nnamdi Kanu, who was arraigned at an Abuja court.

Aba is one of the South East cities that abides by IPOB’s directives.

Authoritative source in the state Police command confirmed the attack on soldiers, but said they do not know if any of the officers was killed.

There is yet to be an official confirmation of the incident.

Atiku To PDP Members: You’ll Show Election Results To Get...