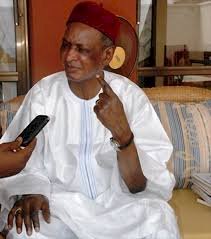 This question has the right to be asked in relation to everything that human beings experience and beyond, everything that exists on earth. Alas, because our time harvests, which has been sown by generations and generations of our fellow men, since the dawn of time. Ours also prints, its mark with tools that are sometimes more inhuman than those of our predecessors. Even, if certain times were prosperous and calm, full of happiness and peace. Humanity has been forged through the history of the ages, from that of stone cut to ours and which evolves. Ours, the one we live in, presently called “modern” or globalist is not immune to tremors, abrupt and brutal natural transformations and degradations too. We sometimes live
very difficult moments with all these killings which tear apart our social fabric and especially disorganize us Which places us in the spotlight of so many news and which plunges us right in the heart of tragic and painful events. In Europe, Asia, the Middle East and Africa we are between the hammer and the anvil with this pandemic called coronavirus or covid 19. According to specialists.

THE AGE OF STONE SIZE

BUT, WHERE DO THESE MONSTERS COME FROM?

In the absence of any logic we are still entitled to question the motivation and the origin of these damned of the earth. Whether they are called Jihadists or Boko Haram, does that change anything in the perverse behavior they adopt towards the populations they attack and massacre with impunity? However, if you think about it and look carefully, you can even see that certain countries or states are immune to the actions of terrorists. While the Sahel zone, Niger, Burkina, Mali and Chad are the preferred targets and refuges for these criminals. Amazing and weird all the same? Why ? Or is it a question of squandering our natural wealth or preventing people from taking advantage of it? Africans must react vigorously by refusing to take on a responsibility that is not theirs. We must find the culprits who taunt us from the top of their terraces where they take pleasure in destroying us. We are only poor victims. Where does all this arsenal of war come from in defiance of our sovereignty and our existence Instead of lamenting or sending our young soldiers into combat where the enemy is invisible, we must equip and train our SDFs. These men and women who sacrifice themselves all day long to allow us to sleep peacefully. It would be desirable that, in addition to our moral support, that the State make a voluntary financial contribution on the allowances of our parliamentarians, our ministers . In other very difficult moments like those we are going through, our country had to carry out such an operation. So the other citizens could at will, each according to their means or their function, participate in this kind of contribution effort national. Because we are all challenged This is why, we must find out about the terrorists who move without problem everywhere. This will give us more visibility to better secure our states and our borders. We know that our states are making commendable efforts. But, given the magnitude of the problems, we need to redouble our collective efforts. However, if the example comes from above, it is necessary to manage this windfall with transparency and clarity. An ad hoc Commission or Committee which will be required to report regularly on the matter. Regularly to reassure contributors since trust is said, does not exclude control. In order to break with the old habits established until then and which separated the citizen from the management of his own destiny. I was going to say his implication in the management of the public thing of which he must be counter and actor.

. We must ask ourselves the following questions: What physical, moral, spiritual, divine force do these terrorists have and which leads them to challenge all of humanity? Who are they and on what or on whom do they count to embark on what can be described as murderous madness or an adventure let’s say without tomorrow? Who are behind these macabre scenes? Because no matter what they say, these monsters are not faceless and since we kill some. They are beings like you and me, so they can be controllable. So why are we the victims? We must detect them, capture them where possible and bring them to the court of history. So that these kinds of wild hordes never again reappear on the earth and especially on our African continent which has paid enough a heavy tribe. And because every question has an answer and every problem has a solution. But to find them sometimes you have to look and sometimes even far. But. It’s up to us to look for them. They’re there, hidden somewhere.

THE SUMMIT OF AU HEADS OF STATES

As for the summit meetings of the Heads of State of the African Union, we have our say. Indeed, these continental forums should constitute a forum to clearly translate the aspirations and concerns of our peoples. In order to find a solution to this phenomenon of terrorism which annoys and prevents Africans from sleeping peacefully .. Yes, the opportunities offered our honored countries to host these important meetings of African leaders on the Continent. Or not. Talk about it publicly to kill the abscess, once and for all in order to tackle this tragic case. As in Niamey which was for a few days, the capital of Africa, this great meeting of giving and receiving. At the Conference of AU Member States. A forum where important decisions had been made and which we hoped will be put into action. In 1963 at the end of the creation of the OAU on May 25, the wishes of the Founding Fathers were: Unity, the creation of a Currency, the Common Market, an African Army, a Cultural Center of Research, the Path of iron and Roads across the continent That is to say the means of communication in order to open up our countries which suffer and struggle to evacuate their natural resources. We believe that our Heads of State during the meetings will also reopen the case of the Pan African News Agency, the Pana News Agency which could become a better tool for Pan African Communication. Because in this area also we are dependent on the outside, the Agence France Presse or simply RFI BBC, and others. We have a lot of human potential and natural resources, the evacuation of which poses problems for our States which have problems making their voices heard. Finally, why not rehabilitate Air Afrique which was a pride before sinking like most of the creations of the OAU. To review the real files with the partners, traditional or new in order to agree with them solutions as regards Diaspora. To re-examine the thorny problem of immigration, which poisons and taints our relations which should remain excellent and cordial. This is surely the place to tap the table to attract the attention of our partners so that they facilitate the movement of our nationals: visas, titles of stays ect … By playing reciprocity, the States being all Sovereign, should do hear our voice. So reduce the living conditions of our African nationals and family reunification In Europe especially where they are exposed to various harassments from the police or other services. Match the Diaspora and diplomatic representations in order to manage together the various problems inherent in their stay Keep the emotional link with our respective countries. Hence, the creation of the Councils of African Nationals whom we salute and to whom we wish good luck to bring help and support to new arrivals
It would be conceivable to create a Pan-African High Council to federate all these Councils of Africans outside. With headquarters in the AU premises. We will gain and they will be able to support our States and the AU also because the crumbling of structures naturally weakens our efforts, constant are they? Our continent must tighten the elbow to carry high and far our concerns and our needs. That is why, it would be moreover even more responsible that the African Union registers and brings the case of terrorism to the Tribune of Nations United to the Security Council to involve the international community, certain members of which are at the base of the disintegration of our States (Iraq and especially Libya and now Syria) Because whatever one says, we are all concerned. And we have to remember that what happens to Paul may well happen to Peter too. I think that our only salvation is in our Union and Unity which are slow to materialize. It doesn’t matter our different ideologies or sensibilities. We must count on these great meetings of African member states of the AU to restore the image and the image of our Continent which has suffered so much and which suffers from so many scourges that it does not deserve. . We must agree and put all the problems on the table to finally take the ideal path which should lead to the construction of our States, to the consolidation of our Unity. In order to strive for harmonious development in a Free and Prosperous Africa. Because once again, nobody will come to build our States and build our Continent for us. And because present and future generations are waiting. Rightly In this blessed month of Ramadan, I wish peace, tranquility, luck, health and longevity, prosperity to all Muslims in the world and to all of humanity. We already anticipate great world upheavals after the coronavirus.

Let us take advantage of this memorable day of May 10 to commemorate the abolition of slavery that we owe to our sister Christiane Taubira, former Minister of Justice and Keeper of the Seals, to invite all Democrats around the world and all Africans to combine to make this great event a historic day of combat and struggle for Africans. Many of whom have sacrificed their lives. For the collective memory.