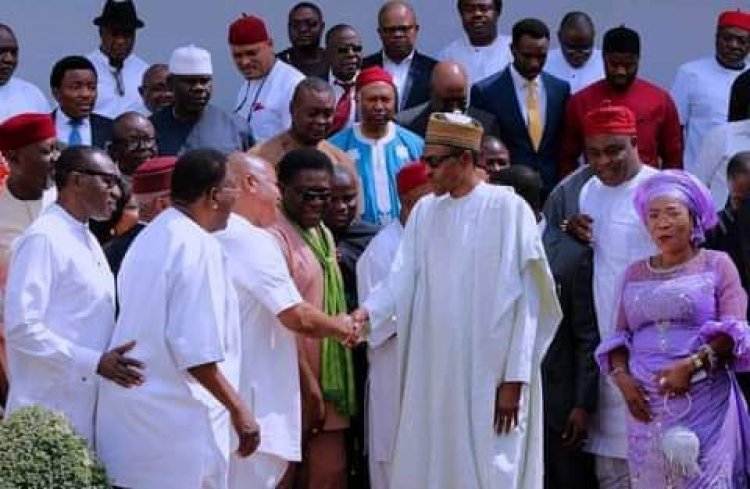 Southeast leaders of the All Progressives Congress (APC), on Friday, evaluated the present leadership of President Muhammadu Buhari and as well poured encomium on the Nigerian leader on the occasion of his 79th birthday which took place on Friday, December 17, 2021.

This was even as President Buhari had on Friday in Turkey, said he would hand over to his successor after the 2023 presidential election and return to his farm in Daura, Katsina State.

The president was in Istanbul, Turkey, where he is to participate in the 3rd Turkey-Africa Partnership Summit, hosted by President Recep Tayyip Erdogan.

A statement by Buhari’s spokesman, Garba Shehu said Buhari cut his 79th birthday cake moulded in national colours, green-white-green, to start the day, before going on to chair a planning meeting with officials in his delegation and thereafter drove to the Dolmabahce Palace for a meeting with his Turkish counterpart, Erdogan.

However, while extolling the President in a statement on Friday, the Nigerian Minister of State for Mines and Steel Development and APC chieftain, Dr Uchechukwu Ogah, said history will forever be kind and will remember President Muhammadu Buhari for his uncommon leadership, opining that the Nigerian leader has left a legacy of achievements.

He maintained that Buhari has demonstrated unwavering commitment towards developing and unifying the Nigerian nation, and also described the number one citizen of the country as boss and leader per excellence.

Ogah, however, felicitated with the President on the auspicious celebration, and further prayed almighty God to protect and strengthen the President to continue his selfless services to Nigeria and her people.

The Abia-born minister partly stated, “As my leader and boss, you have shown unwavering commitment towards the development and unity of our dear nation. Your life has been an enviable legacy of achievements that cuts across the entire stratosphere of the average Nigerian.

I pray that almighty God will continue to protect and give you many more years in good health to enable you continue your selfless service and leadership to the nation”.

On his part, Governor David Umahi of Ebonyi State, on Friday, said that President Muhammadu Buhari’s sense of integrity, patriotism and devotion to humanity, has given Nigerians unwavering confidence in the dignity and well being of the nation.

Umahi also congratulated the President on the recent commemoration of his birthday and was happy to be associated with the charming personal character and the discipline of his leadership.

According to Umahi, “Our prayers and solidarity are with you always and we pray God to continue to give you strength and wisdom as you advance the cause of our nation”.

Also eulogizing the President on the occasion of his birthday on Friday, the Imo State Governor, Senator Hope Uzodinma, in a statement posted on his official Facebook page, described Buhari as a visionary leader who has exhibited uncommon wisdom, remarkable vision, and exemplary Leadership in piloting the affairs of the nation.

He opined that the President’s thoughtful leadership and vision have positively impacted every aspect of the country and had transformed the Infrastructural development of Nigeria geometrically.

Uzodinma also added that the President’s skills and leadership style had taken democracy to another level, describing him as an inspiration to the nation and Africa.