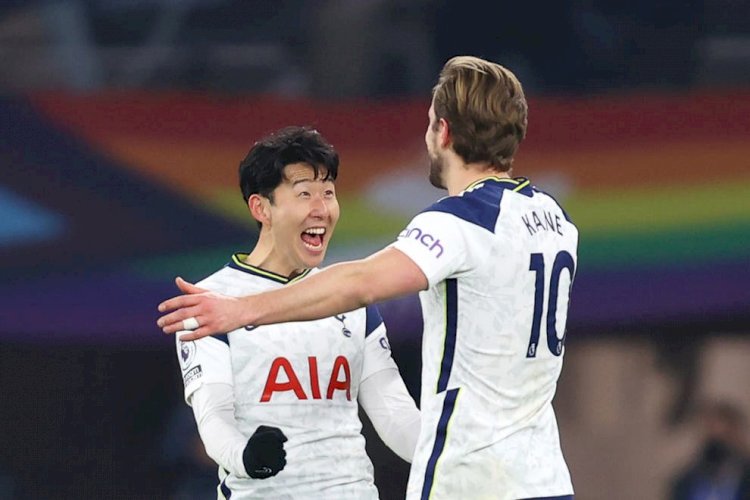 Harry Kane and Gareth Bale may have stolen the show as Tottenham saw off Crystal Palace 4-1 on Sunday night, but Heung-min Son ensured it was still a record-breaking night for himself and Kane.

Up until now, Kane and Son’s partnership has been the key attacking force for Spurs – but the recent imperious form of Bale has added another string to Jose Mourinho’s bow for the Premier League run-in.

Bale scored Spurs’ first two goals against Palace – both assisted by Kane – and Kane added a stunning third to put the hosts in control against the Eagles.

While Son has been quiet of late, he reminded Spurs fans of his superb understanding with Kane by assisting the England striker for his second, and Spurs’ fourth, of the night.

The goal was a record-breaking one for the Spurs duo, who have now assisted one another for 14 Premier League goals this season.

That breaks the previous record of 13 set by Alan Shearer and Chris Sutton for Blackburn during the 1994/95 season, and Kane and Son could set a huge new record given Spurs have 11 League games remaining this season.

Kane’s imperious display in north London also marked the first time a Spurs player has scored +2 goals and assisted +2 goals in a League game since Jurgen Klinsmann scored four and set up another two against Wimbledon back in May 1998, according to Opta.