Hajj 2022: Nigerian Pilgrims Risk Being Stranded Over Delay In Remittance To Saudi Agents

As the 2022 pilgrimage exercise draws nearer, there is tension among Hajj tour operators in the country over the National Hajj Commission of Nigeria’s... 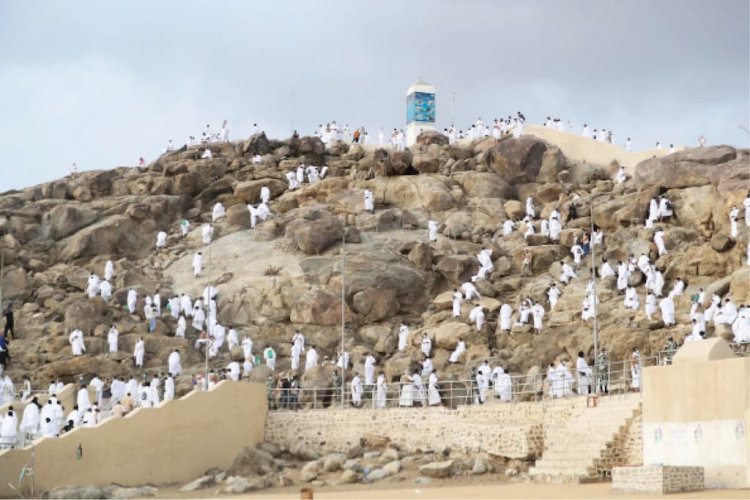 The development may also make about 3000 intending pilgrims belonging to about 60 tour operators to miss the Hajj.

Some of the operators who spoke with our correspondent said after paying about N1.3m on each pilgrim to NAHCON’s TSA account domiciled in the Central Bank of Nigeria (CBN) for onward transfer to Saudi Arabia service providers, the money is yet to be remitted.

Daily Trust reports that it is the money that the operators would use to pay for feeding and Hotel accommodation in Makkah and Madinah.

Out of the 43,000 Hajj slots given to Nigeria by the Saudi Arabian Authorities, 9,032 were allocated to licensed tour operators under the aegis of Association of Hajj and Umrah Operators of Nigeria (AHUON).

From the figure, 50 seats were given to 176 prequalified operators while, as part of the exercise, the operators were required to pay about N1.3m on each pilgrim, for onward transfer to service providers (Muasassah) in Saudi Arabia.

The N1.2m covers some components of the Hajj fare including Hotel accommodation, feeding in Muna, Arafa as well as local transportation.

One of the affected operators told our correspondent that each of them remitted about N55m translating into over N10bn.

“Now they ought to have sent the money two weeks ago so that the preparation can go on seamlessly. Unfortunately when AHUON, of which I am a member, met the NAHCON leadership, they said we would be credited the following day. We were worried because it was getting late.”

The operator said when NAHCON eventually credited their account, 61 tour operators did not get alert, adding without the money, visa processing and other arrangements cannot be carried out.

“Since last Thursday, they have been posting us, saying the account numbers we gave were wrong. Two of our members collapsed as a result of this while others were hospitalized as a result of high blood pressure and the fear of running into debt because most operators are already missing their flights because we booked scheduled flights and when we want to change the flight we pay as much as N200,000 on one person.”

Another operator said he already missed a flight which was supposed to airlift 45 of his pilgrims, saying, “We believe there is more to it than meets the eyes.”

The source said time was already against the tour operators while many of their pilgrims are apprehensive that they might miss the Hajj.

When contacted, President of AHUON, Alhaji Nasidi Yahaya Balarabe, confirmed the development and said the executive would take a stand on it.

He said they were having a meeting at the time our correspondent called.

“It’s not just one-man issue; it’s a terrible thing that has happened,” he said.

Spokesperson of NAHCON, Fatimah Sanda Usara, could not be reached for comment last night but a source at the commission said the issue is being resolved.

The official who pleaded anonymity said, “Yes we know a few of them have issue and as of today from our record only 21 operators have not been paid. We hope by tomorrow (Tuesday) or next, the money will be dropping in their account.

“We just left a meeting where the issue was discussed. It is not deliberate. It has to do with the processing with the Saudi Arabian authorities but I can assure them the money will start dropping. It is intact.”