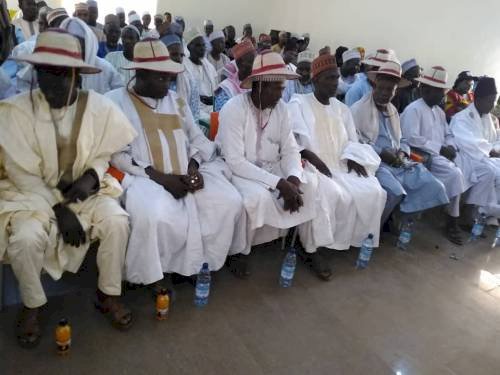 Can l rhetorically ask whether Nigeria has really attained nationhood with the myriad of problems that is bedeviling her? Will restructuring resolve all of these problems? If so, why then is the restructuring campaign not making any appreciable headway? My answers to these questions are simple. Yes, Nigeria has attained high level of nationhood but with also high level of unresolved problems. Yes, restructuring can help resolve many of these problems if properly conceived, propagated, accepted and implemented. And, unfortunately, the restructuring campaign is not making any headway because of the methods and strategies of its pursuit.

Surely, I believe we have attained a high level of nationhood even though we still have some teething issues to resolve. But then no country in the world is without problems. Even in the UK, Brazil, India, Australia, Russia, Canada, etc. there are separatist tendencies. That doesn’t mean that they have not attained a high level of nationhood. As for Nigeria, we have worked hard to attain nationhood with high decree of success. We created a national image that is appealing to most citizens as to make any attempt of separatist groups unacceptable, and even unattractive. Huge resources were spent on national flags, new national anthem, education, unity schools, NYSC, sport and cultural festivals, etc. and the territory is bound together by a network of railways, airports, roads, waterways, etc., followed by massive inter-regional and cross-cultural group settlements and even intermarriages. We fought a costly civil war for the sake of keeping the country together. Our entrepreneurs on all divides have invested heavily in all parts of the country. All these have collectively created a sense of nationhood among rational Nigerians.

But still there are fundamental structural issues bedeviling the country. Central of these issues is the imposition of an “unjust dysfunctional federal structure” on the country that is inequitable and exploitative. However, it is generally agreed that the federal structure under the 1960 Independence Constitution was majorly satisfactory to all parts of the country, as under that system the regions and their ethnic groups were all controlling their resources and developing at their own pace. There were no ‘islands of excellence stunted’ anywhere in the country. Then the military struck, and everything came crashing; the federal structure abolished and a unitary system imposed. And when the same military wanted to hand over power they put in what l call “a little of federal and a little of unitary democratic structures”.  And since then Nigeria’s political debates and struggles have been between the “federalists”and the “unitarists” taking ethnic, religious and sectional tides depending on who’s in power. These little “federal” and “unitary” imbalances would have overtime been resolved in the ordinary evolutionary process of nation building; facilitated by political agitation for restructuring.

But the major problem is that ethnic and religious extremists have hijacked the politics of restructuring on both the sides of proponents and opponents. This is now threatening Nigeria’s nationhood and paradoxically making restructuring objectives difficult to achieve. When extremists take charge there’s always little room for rational thinking.

The religious extremists are mainly in the North and the ethnic extremists mainly in the South. Overtime, the views and actions of these two extreme groups have driven and complicated the politics of the country no matter who is in power. This key problem exacerbated whatever structural defects there are in the country. The way and manner the extremists push opinions and actions made it more difficult to achieve the objectives of resolving the structural failures of the country. It is even responsible for the military intervention in politics in the first place and it shapes the kind of military disengagement from politics and the structure put in place. Instead of attaining needed solutions, the problems keep becoming more compounded.

This is not all. While religious extremists raise armed revolts, killings and destructions against the country in the name of religion, ethnic extremists conceive and propagate jaundiced diabolical ethnic narratives to create tensions in the polity. It has been like this for long; it didn’t start with President Buhari (though it is heightened in his time) but we pray it ends with him.

Now let’s consider some points as examples. First, the accusations being leveled against President Buhari on the so-called “islamizing and fulanizing Nigeria”. To me, this is nothing but a stunt of the ethnic extremists. The recent happenings in Kano and other facts demonstrate the fallacy of such accusations. There’s no way, for example, that Governor Ganduje would have balkanized Kano emirate and deposed the Emir without a tacit approval of the presidency. Kano is the most populous, wealthiest and most influential emirate within the Sokoto Caliphate, itself the key symbol of Islam and Fulbe identity in Nigeria. How could one aim to ‘islamize and fulanize’ Nigeria by destroying the very foundations of these identities? It doesn’t add up. Also, when I conceived the idea and, along with many others, subsequently organized the bicentenary celebrations of the  Sokoto Caliphate in 2004, which turned out to be the largest mobilization of people and dignitaries in the history of this country, except probably FESTAC ‘77, Mohammadu Buhari is the only former Nigerian leader I did not see attend any of the ceremonies even though he was in town and was duly invited. That doesn’t look like a man who is kin on fulanizing and islamizing Nigeria! Also, as a young military Head of State, it would have been easier for Buhari then to push forth his agenda if he really had any than now as an old man presiding over a constitutional democracy. If he did not do it then, why and how can he do it now? These facts of the man are proofs that he does not have any such agenda; not of the so-called islamizing, fulanizing, nor even democratizing or digitalizing Nigeria. Whoever ascribes to him any such agenda either fails to read him well or is simply being mischievous. Yet today, the sins and failures of Buhari are turned into the sins and failures of Muslims and Fulanis. This is so unfair and so inimical to nationhood. The truth is that the Islamization and Fulanization narrative is, as earlier said, a propaganda stunt of extremists.

Third, extremists consciously, deliberately and systematically distort historical facts in order to advance their political and economic self-interests and we all are to accept their narratives as right. Of course those whom the narratives are against would naturally oppose it. The Fulanis see that either on account of fear and/or inferiority complex, these extremists target them as the main problem of the country. The ‘Futajallon immigrants’, is how they hatefully christened the Fulanis in Nigeria

As Commissioner of Education, Once More