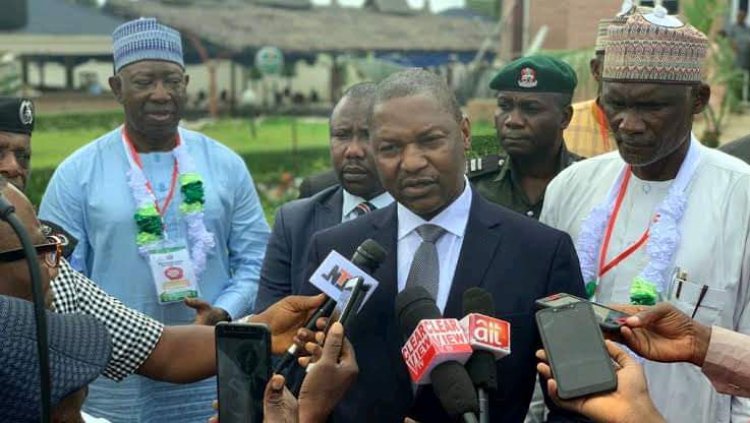 The federal government says it is considering a nationwide ban on commercial motorcycles, popularly known as okada, as well as mining activities in a bid to stem the rising insecurity across the country.

Abubakar Malami, attorney-general of the federation, spoke on Thursday after the national security council meeting at the presidential villa, Abuja.

Malami said several approaches for containing insecurity were deliberated during the meeting.

He said motorcycles provide the means of transportation for terrorists while mining is their source of funds for the purchase of arms.

“Placing a ban on the use of motorcycles and mining activities will cut the supply of logistics to the terrorists. This will be done in the national interest,” he said.

“We are Nigerians because Nigeria as a country exists and any issue that will translate into a threat to national security or the corporate existence of the country requires certain sacrifices.

“So, regardless of the means that is being considered for the possible banning, this is a sacrifice that we see as what will help address the security challenges and I think no sacrifice is too big as far as that issue is concerned.

“Above all, if you are talking of banning motorcycles, for example, I think the number of people using these motorcycles is not up to 20 percent of the Nigerian population.

“So if that percentage is called to make a sacrifice that is all-pervading or affecting over 200 million Nigerians, I think that sacrifice is not too much and is worthy of being considered.”

On his part, Rauf Aregbesola, minister of interior, said significant efforts were made to gather intelligence before the attack on Kuje prison in the federal capital territory (FCT) but expressed regret that there was a lack of will to act on it.

Aregbesola said a preliminary report of the investigation of the attack has been submitted to President Muhammadu Buhari.

He said officers who failed in their responsibilities would be punished.