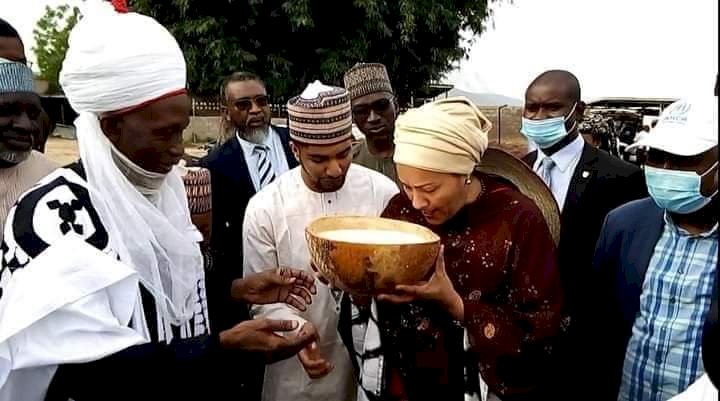 During a recent visit to her native state of Gombe, the Deputy-Secretary General of the United Nations, Amina J Mohammed, paid a visit to a ranch where she called on stakeholders to involve both herders and farmers in the process of finding sustainable solutions to clashes between them. 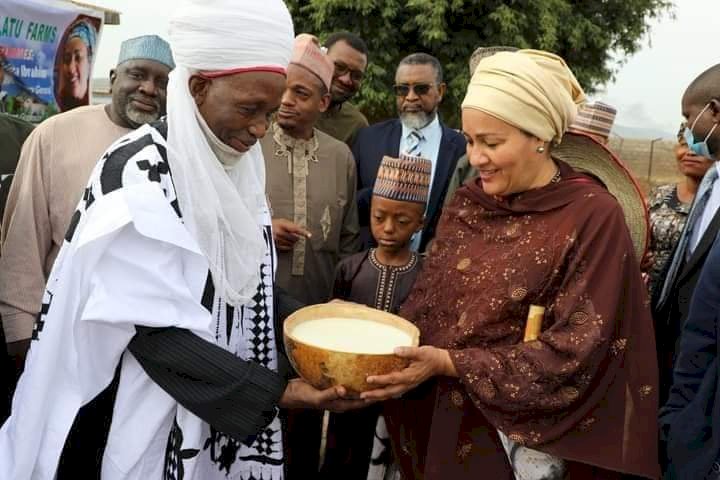 As stakeholders discuss grazing and ranching in the search for sustainable solutions to the incessant herders-farmers crises in Nigeria, the international diplomat said however that the transition from grazing to ranching would require some investments, stressing that it would be a wonderful endeavour. 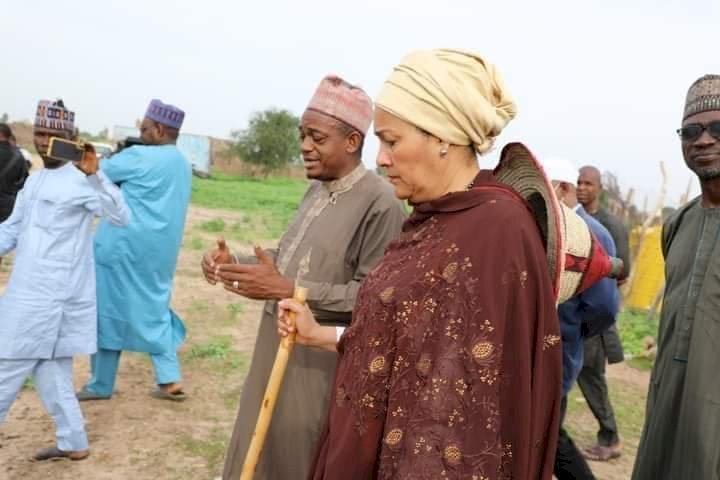 “Possibilities are there, but it is going to take some time; it’s going to require investments, it’s going to take the government and other partners to really see this becomes one that’s done not with the herders but also with the farmers,” she said during her visit to Jamilatu Farms which has embraced ranching in Gombe. 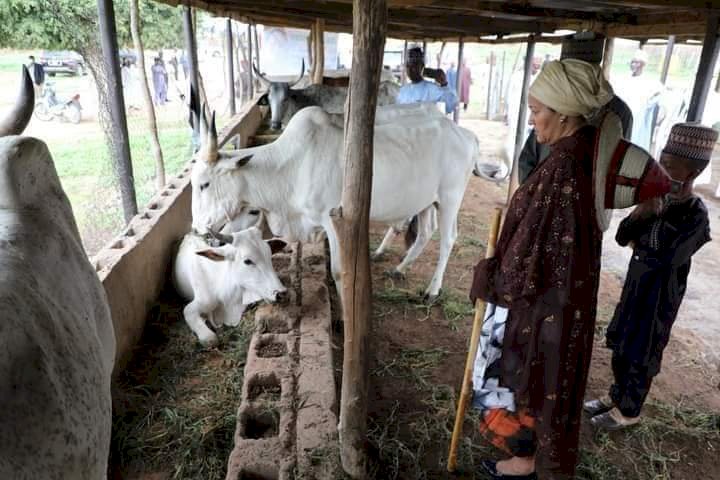 “And I can see from this that you can’t just do it from the cattle; you also have to have other livestock. So, the livestock policy in the country really has to be robust if we’re to see a transition to what the government wants to do with open ranching.’’ 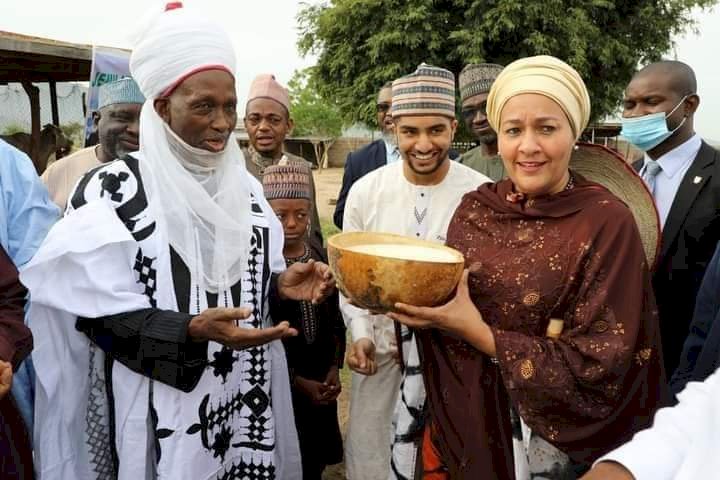 As she went round the farm, a journalist asked her of her experience in Jamilatu Farms.

She said she was elated by what she saw, though acknowledged that there’s the need to learn from the challenges and how to transition from open grazing to ranching. 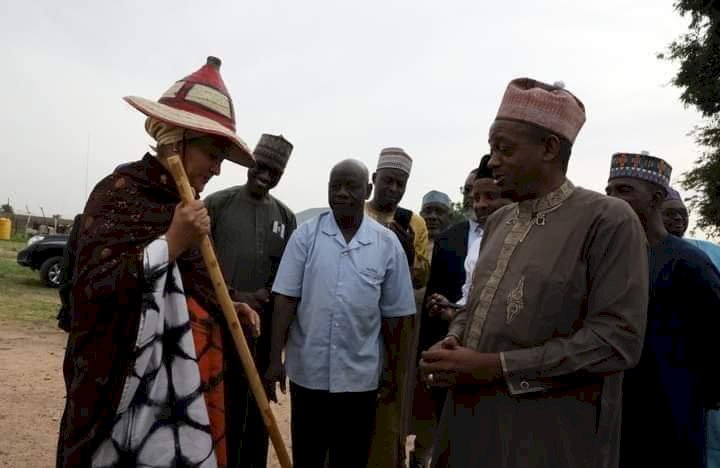 “This is a local farm and it’s good to experience what the realities are and of course my brother started it as an endeavour to show that it’s possible to move from grazing to non-grazing. But these are challenges – one has to learn from lessons. We can feel from the policy and know really how we do the transition from open grazing to this non-grazing initiative,’’ she added. 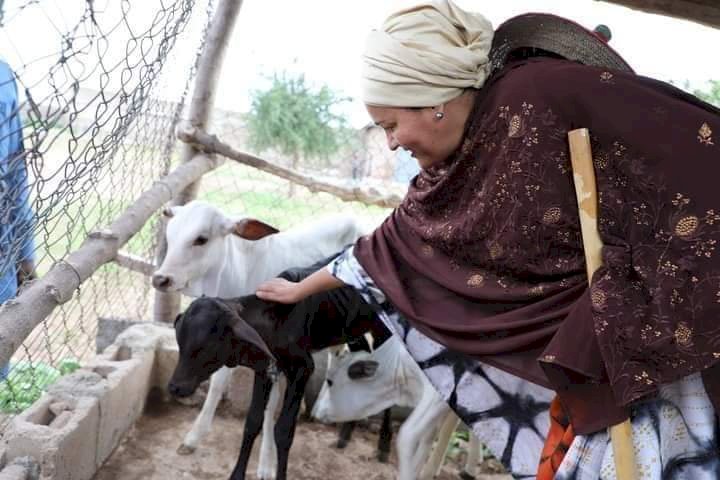 Asked how migrating from the rudimentary system of grazing to ranching would help in addressing the herders/farmers crises in the country, Amina said until the warring parties are involved in what would be the future for farmers and herders, the crisis would remain unresolved.

“Well, I think the farmers/herders crisis in the country has a lot of unresolved issues over the years. When you have two constituencies that have been living in harmony over the years but as climate changes and population grows, the tensions over land come in and we really don’t seem to be doing something about it possibly 10, 15, 20 years ago. So the crisis before it can be resolved, needs both parties participating in what would be created as a future for everyone.

“You can’t just come and say this is the way things should be done overnight. This’s about people’s cultures, this is about livelihood, and that’s about life and so when you want to transition from one life to another, you take the people along. You don’t force it, you don’t proscribe it; you do it with them. And I think that’s a very good way of younger people engaging with our older people to see that transition.’’

She said: “I think it is a good thing here is to see that families have allowed, even though maybe reluctantly, their children to go to school. And it is still the children who can have the skill that will help to enhance the ranching and farming too. And then I think we begin to see the end of the crisis.”

She corroborated the National Bureau of Statistics report in Quarter 1 of year 2021 which shows that the agriculture sector contributed 22 per cent of Nigeria’s economy.

“Well, that’s where we want to go. The transformation of the food system is essential if we really want to talk about a healthier and more prosperous country. The contribution to the food system includes livestock. So, with farming and livestock, we can move away from just one line of product of oil which we now we a stranded asset because it’s no longer of the future. So, getting a green economy includes livestock and farming and that’s what we should get back to, to recover from these tensions that we’re having in the country.

She commended the owner of the farm, Alhaji Yerima Abdullahi, for his efforts at demonstrating the possibilities of the transition from open grazing to ranching. 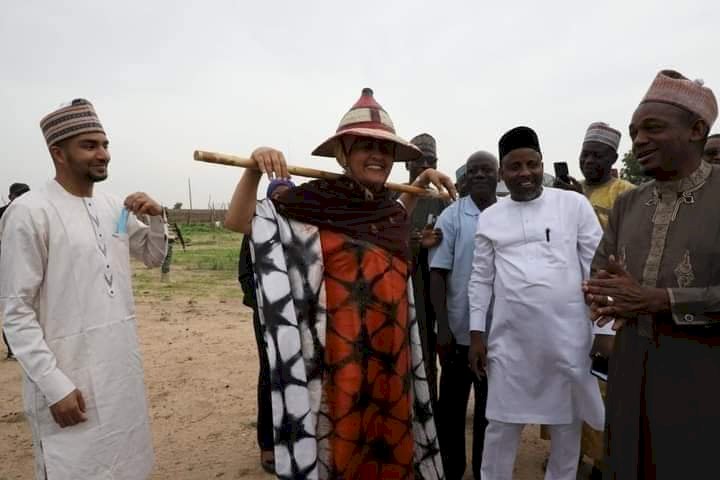 During his tenure, former President Goodluck Jonathan approved N100 billion for ranching, as a way to solve the farmers/herders conflict but the fate of that fund remains unknown today as the crisis continues to fester.

The Buhari administration stepped in to address the situation but all the nation has witnessed is policy somersaults. First, it came up with a grazing reserves policy, but it was met with stiff opposition from the South. Then the government opted for Ruga and later changed the name to Livestock Transformation Plan but nothing came out of it.

Weeks ago, whilst featuring in an interview with Arise TV, President Muhammadu Buhari made a statement on the recovery of grazing routes as a measure to address the herder/farmer clashes in the country.

According to the president, the government directed the Attorney-General of the Federation (AGF) and Minister of Justice, Abubakar Malami, to kick-start the process of recovering the cattle grazing routes. Mixed reactions have continued to trail the presidential order. 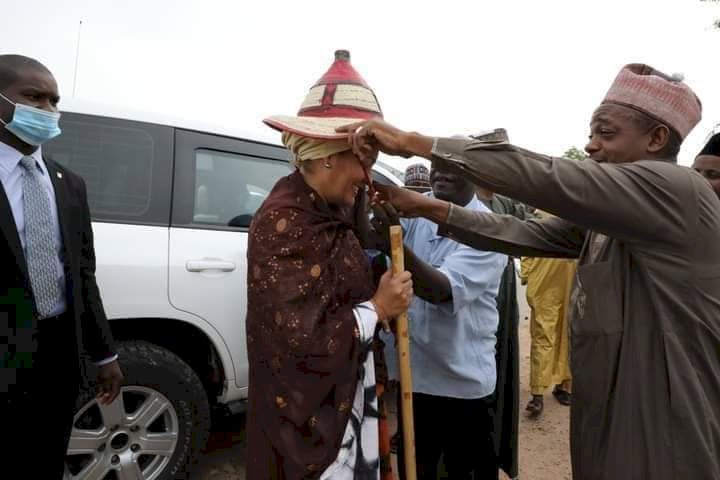 It has been noted that livestock business is very important to the economy of the nation, and should not be treated with levity. The business contributes more than three per cent to Nigeria’s GDP but is yet neglected. There are over 20 million cattle in Nigeria and nearly all of them roam the countryside in what is commonly referred to as open grazing.

By Dalhatu Liman - via Daily Trust