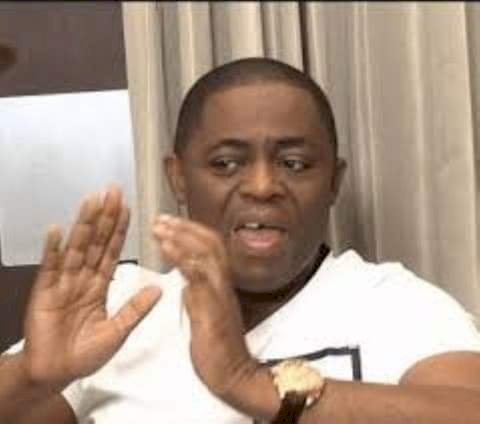 Former Aviation Minister, Chief Femi Fani-Kayode, Monday faulted the world leaders for congratulating the United States President-Elect, Joe Biden, noting that they were too quick to do so.

Fani who disclosed this via his facebook handle commended the likes of Russia, China, Mexico, Turkey, Brazil, Hungary, Iran, North Korea and a number of others for refusing to do so.

Kayode who is an ardent supporter of President Donald Trump, said he was surprised to see President Muhammadu Buhari, Olusegun Obasanjo, Goodluck Jonathan, Abubakar Atiku, Bukola Saraki, Peter Obi and countless others congratulating Biden, without waiting for an official announcement to be made by the relevant authorities in America.

Below are his words: “The Kremlin has said that Vladimer Putin will not congratulate Joe Biden until all legal processes have been exhausted and an official announcement has been made by the relevant authorities in America that he has won the presidential election.

An announcement by CNN, FOX News, Al Jazeera, BBC and all the other television and media outlets in the world is NOT good enough for them.

I commend the Russians who have decided to tread the path of caution in view of the circumstances under which Biden has emerged.

This is how foreign Governments are meant to react to the unfolding and increasingly unsavory events in America.

Shame on ALL foreign leaders who have congratulated Biden on winning an election in which only the media has declared him as winner.

Kudos to Russia, China, Mexico, Turkey, Brazil, Hungary, Iran, North Korea and a number of others for refusing to do so.

I am disappointed with the premature congratulatory messages offered to Biden by the UK, France, Germany, Saudi Arabia, Israel, India, Pakistan, Egypt, South Africa, Nigeria, Ghana, South Korea, Japan and a number of other countries.

I am dumbfounded by some Nigerian leaders who have also congratulated Biden including Muhammadu Buhari, Olusegun Obasano, Goodluck Jonathan, Abubakar Atiku, Bukola Saraki, Peter Obi and countless others.

This unnecessary fawning and belittling expression of love and support for their preferred candidate  could at least have waited until the matter has been properly concluded.

If Donald Trump eventually prevails and he is sworn in on January 20th for a second term there are going to be a lot of very red faces on the world stage.

Whether anyone wishes to accept it or not, the fact of the matter is that the election results have NOT been confirmed and the Electoral College has NOT formally met and declared the outcome.

To add to that there are serious and credible claims of fraud, cheating, perfidy, voter suppression and election irregularities which the courts are yet to look into and clearly there is still a long way to go before the whole matter is brought to an end and formally concluded.

Congratulating the candidate of a political party that may well have ruthlessly and corruptly rigged his way to what is likely to end up being a pyrrhic and short-lived “victory” is not in our nation’s interest, is not the way to enhance, strengthen, support and entrench democracy and does not speak well of those who have done so.

Whether you support Biden or Trump, let us at least wait for the matter to be properly concluded and a winner officially declared by the relevant authorities before we start dishing out our congratulatory messages like confetti at a white wedding.

Anything less is inappropriate, irresponsible, unbecoming, embarrassing and utterly slavish.”